9 cool, modern gender reveal cakes that use just enough pink and blue to get the point across. 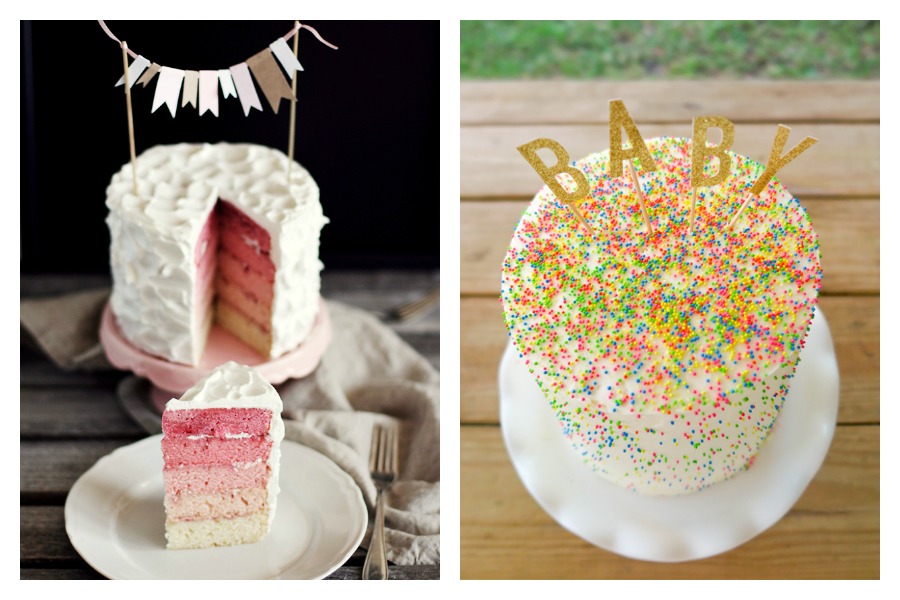 Though many elaborate gender reveal cakes are truly marvels, I have to admit that I have a hard time getting past the explosions of pink and blue, not to mention the gender stereotyping. I know, I know: It’s just a cake and, of course, pink and blue are part of the fun. It’s just that I’m drawn to a more modern look—and, honestly, because I’m cake decorating handicapped, a more simple approach too.

If you’re also looking for a cool modern gender reveal cake recipe and are willing to forgo the bows are for girls and arrows are for boys stereotypes for more some simple, fun use of pink and blue, these fun baby shower cakes are for you.

Let’s start with everyone’s favorite: ombre. It’s a classic modern motif for a reason and especially pretty when used to bake cakes like this pink rainbow cake at Call Me Cupcake, which, of course, can easily be turned into a blue rainbow cake. Scroll all the way down for the English version of the directions.

If the gorgeous pictures at Call Me Cupcake aren’t enough, you can find a bit more detail on making an ombre gender reveal cake at Ashley Brooke Designs. I also love the simple, but fun use of sprinkles on the outside of this playful, modern cake. This is great if you plan on having a colorful party.

If you’re anything like me, you thought, “Well, that’s pretty!” when you saw the outside of this Surprise Inside Gender Reveal Cake at i am baker, then quickly moved on to, “Oh, hell no,” once you noticed the inside. But wait! I watched the video tutorial on how to make this and it’s actually simpler than I expected. (Liz disagrees and you can always follow her lead by taking these pics to a professional.) If you try this on your own, once you get the cake done, the rest is a no brainer: one layer, easy chocolate frosting, a simple, modern design on top.

Surprise on the Inside Gender Reveal Cake | Betty Crocker

Related: 10 of the most outrageous gender reveal party ideas. Cool or just. . . whoa.

These gender reveal cupcakes at The Cake Blog are the best kind of simple. The ones pictured are from a bakery, so there’s no recipe, but we’ve got you covered. All you need is your favorite chocolate cupcake and icing recipes, plus some vanilla icing and food coloring. Once the cupcakes are completely cool, fill a pastry bag fitted with a medium round tip (such as an Ateco decorating tip #12) with the colored icing and poke the pastry tip into the center of each cupcake, pushing about half way down. Squeeze the icing until you just see it surface. Be careful not to overfill, as the icing will ooze out even more once you remove the tip. Then level the top of the cupcake and ice with chocolate icing to cover, and you’re done!

This cake looks like it might be way hard to make, right? Well I am terrible at cake decorating and am here to tell you that Craftsy was not baiting us when they called this the tutorial: How to make the easiest (and cutest!) baby shower cake ever. If you can bake a rectangular cake and use a knife, you’ve got this. As for making it gender reveal, I’d keep it simple and just color the cake batter pink or blue so that you can see which when you cut into this.

While on Craftsy, you can also check out these straightforward gender reveal cake pops. If you find their cake pop directions overwhelming, you can always follow our cake pop 101 recipe, which we created for the baking averse. Then it’s a simple matter of coloring the cake with pink or blue and finding those cute striped paper straws.

If you want to keep it simple, but have slightly more advanced baking skills (or ambition), I love this pretty Lemon Blueberry Cake at The Cake Blog and think that it can be easily adapted to make a sophisticated gender reveal cake. Instead of putting just blueberries on top, put blueberries and raspberries. Then on the inside, if it’s a boy, bake as directed with blueberries or, if it’s a girl, swap in raspberries. You still get blue and pink, but in a more natural, elegant way.

While we’re talking berries to get that pink or blue color that every gender reveal cake needs, check out this Chocolate Raspberry Layer Cake at Liv for Cake. Just like with the Lemon Blueberry Cake above, you can use blueberries instead of raspberries to make that filling, and top the cake with both so that it’s a secret until you cut into this. And bonus: the cake in this recipe is for an “almost scratch cake,” which is speaking our language. 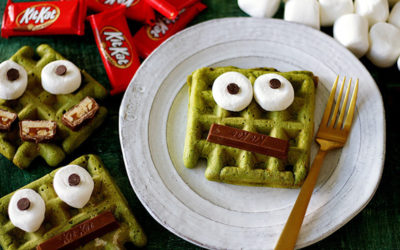 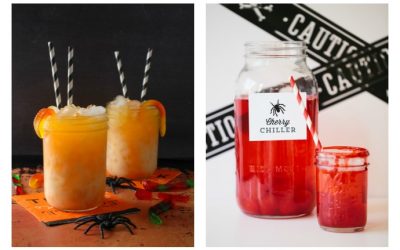