Here’s why you need to stop cleaning your kitchen sponges right now. 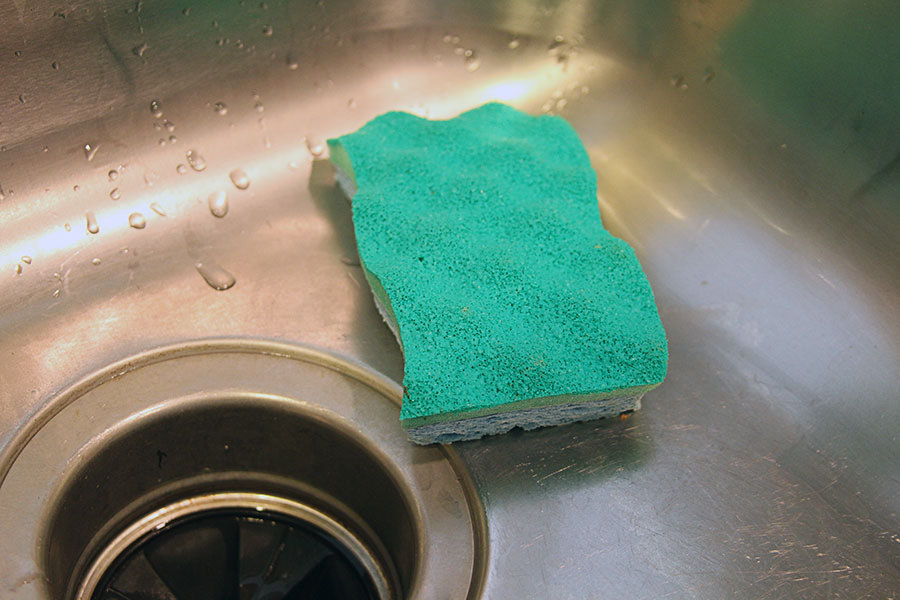 I’m a hawk when it comes to dirty, smelly kitchen sponges. The instant they start to stink, I do what I thought I was supposed to do and pop them into the microwave for a minute to kill the bacteria. Well, it turns out, cleaning sponges — even in the microwave — only makes the bacteria worse. Eek!

During a recent study published in Scientific Reports, researchers discovered 362 different species of bacteria living on the 14 dirty sponges that they examined. And the density of the bacteria was what you generally find in feces. The worst-offending microbe is Moraxella osloensis, which is what causes a stinky smell in dirty laundry, and is probably to blame for the smell of your sponge too.

Now here’s the kicker: All of the most common methods used to clean sponges actually strengthen this bacteria, rather than kill it. The vinegar method, the dishwasher method, and the microwave method, just to name a few, don’t work to disinfect. Rather, they found more bacteria on supposedly clean sponges that had gone through the rigors of these cleaning tactics.

So, what’s the bottom line? It’s best to toss your sponge on a weekly basis, and if you don’t like the idea of being that wasteful, you can do what Jane does and cut your sponges in half to begin with. She claims that the half size is plenty and you get double use out of each purchase. You can also drop your sponge — or half sponge — in a super hot washing machine with detergent and bleach, then use it in the bathroom or somewhere else. But not in the kitchen. That ride is over.