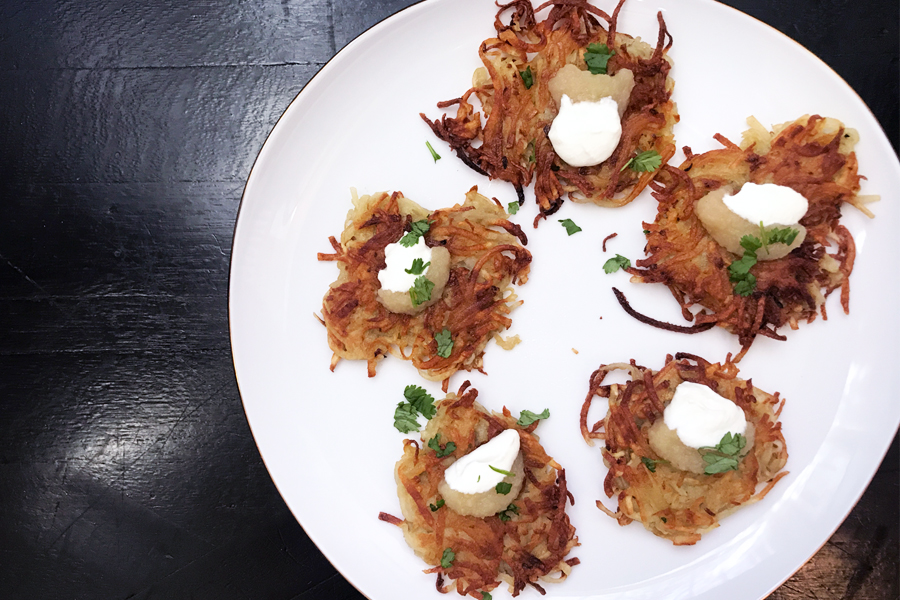 One of my favorite things about home cooking is that, more often than you might think, the best recipes are the simplest ones. In this case, it doesn’t get any better than classic potato latkes made with nothing more than russet potatoes, onions, flour, egg, salt and pepper.

Sure, you can go crazy with creative latke recipes, and they’ll be delicious, but this recipe is a quintessential Hanukkah classic. And as with anything, we believe that you learn the most by mastering the basics first and improvising from there. So this recipe right here is the place to start your Hanukkah celebration. Trust us.

Related: A feast of fried foods for Hanukkah. 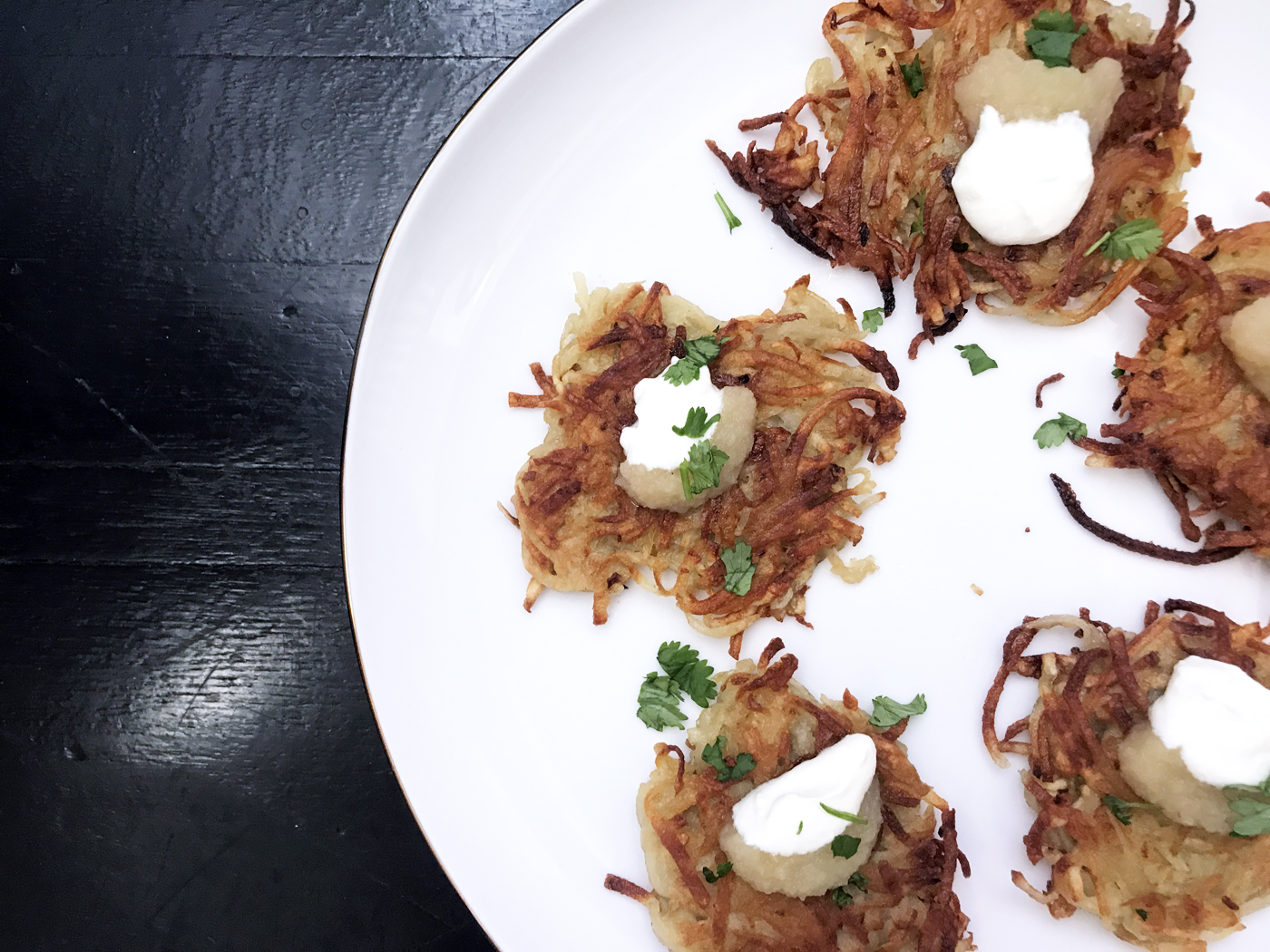 Every Jewish cook has their own secret to “the best” latkes, from adding potato starch or matzo meal to frying in schmaltz. If you ask me, though, it’s quite easy to achieve mouthwatering potato-onion flavor with lots of delicious golden brown crispiness using just a handful of very simple ingredients and a quick, straightforward method.

Watch to see how I do it and get the full recipe below!

1. If you plan to keep latkes warm while you cook them all, preheat the oven to 250 degrees, or the lowest temp you can get, and set an oven-safe tray with a wire rack on top inside. In the meantime, peel the potatoes, placing peeled potatoes into a large bowl or pot filled with water to keep them from browning while you finish peeling them all.

2. Once peeled, grate the potatoes on the coarsest part of a box grater or using the shredding disc fitted to your food processor (as in the video).

3. Add the potato and chopped onion to a colander and, using your hands, squeeze the mixture as hard as possible to release as much excess moisture as possible. You can use paper towels or even a hand towel to help if you prefer.

4. In a large bowl, lightly whisk the eggs and yolk. Add the potato-onion mixture, along with the flour, salt, and pepper. Using your hands or a silicone spatula, combine all ingredients well.

5. Generously coat the bottom of a 12″ skillet set over medium-high heat with oil until very hot, but not smoking. Form potato mixture into flat patties and carefully place into the hot oil, working in batches of 4-5 latkes at a time. if the latkes start to brown too quickly, reduce heat to medium; fry each until deep golden brown on one side, then flip and fry until golden brown on the other side as well. Repeat until all of the potato mixture has been fried, adding more oil to the skillet as needed between batches.

6. Transfer cooked latkes to a paper towel lined plate to soak up excess grease before serving or keep latkes warm on the wire rack in the preheated oven. Serve latkes warm with garnishes of choice.