When is a tie not a tie? When it’s this creative Father’s Day gourmet gift box 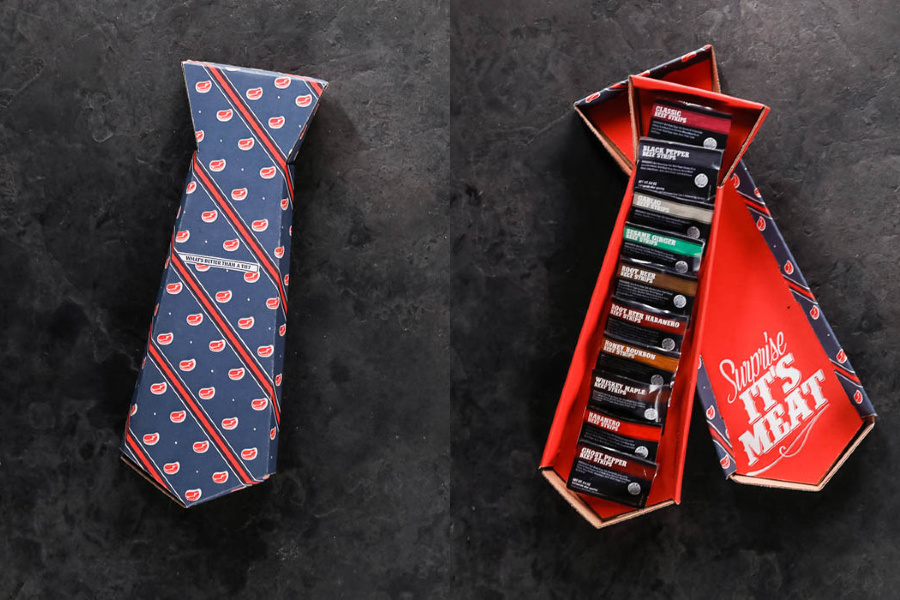 I’ve loved Man Crates for a while now, as a source for great gourmet gifts for Father’s Day — though to quote that old Irish Spring Commercial, “but I like them too!”

This year for Father’s Day, they’re out with this hilarious tie box filled with artisanal jerkys. And if you’re shopping for a carnivore of any kind, this may be the gift that hits the spot. He’ll get ten 1/2-ounce samples of jerky in flavors as diverse as habanero, whiskey maple, Japanese sesame, and interestingly, root beer.  Or go for the exotic jerky gift box, if he’d rather try something a little more more adventurous than mere beef jerky.

Gator jerky? Uhhhh…probably not for me. But maybe for him it’s perfect?

Related: 12 more gourmet gifts for dad that he’ll like as much as the homemade ones 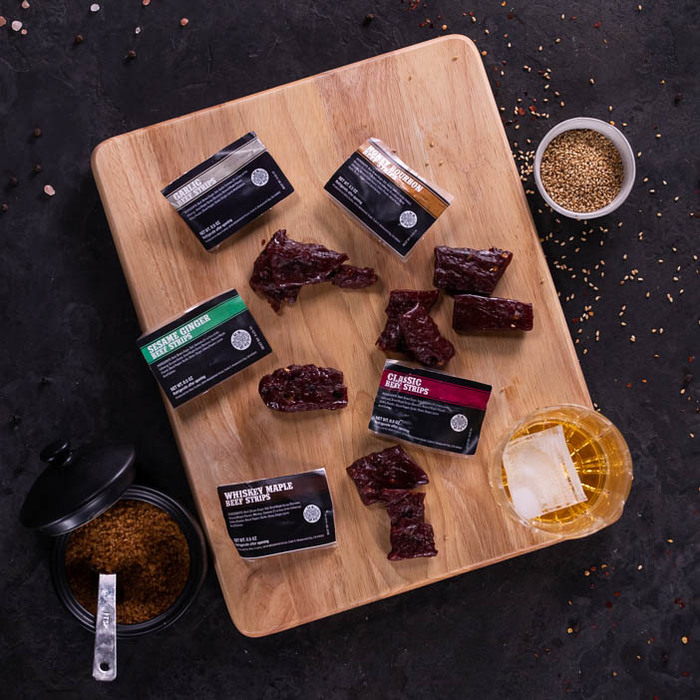 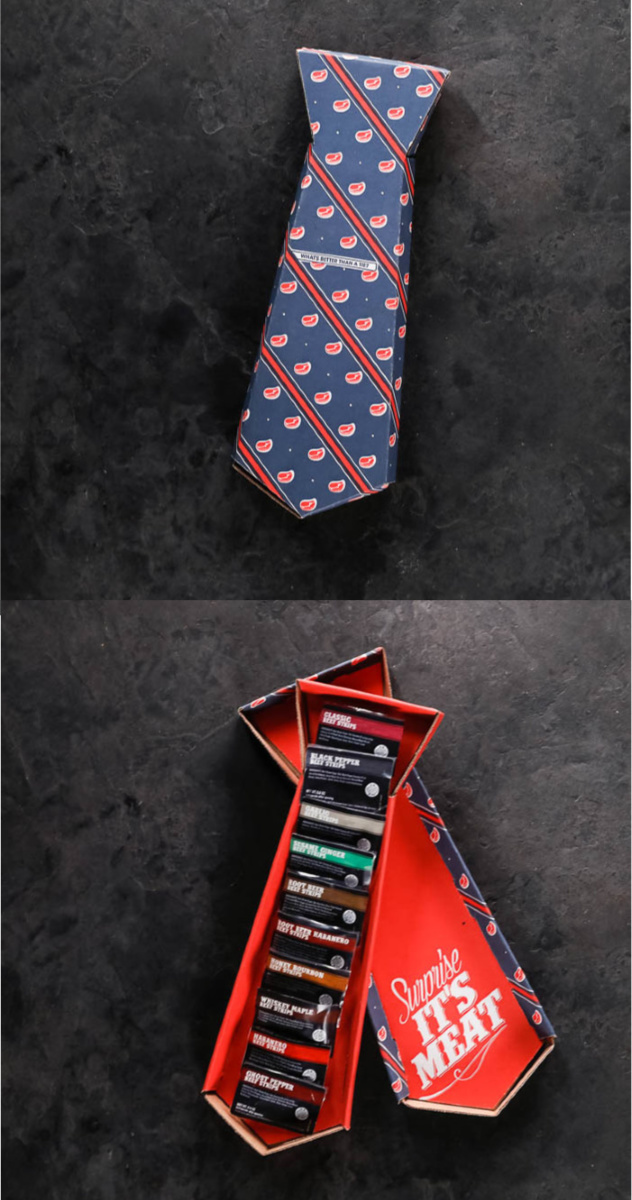 If he’s a tie-wearer, he’ll laugh it. Or come  to think of it, if he scoffs at the cliché Father’s Day gift of a tie, that works too.  Because, as the box says on the inside, Surprise! It’s meat!

Find the tie box jerky crate online from Man Crates in time for Father’s Day 2019, which is June 16 this year. It will be here before you know i t!