Kitchen tools you don’t need and what to buy instead for a space saving minimalist kitchen. 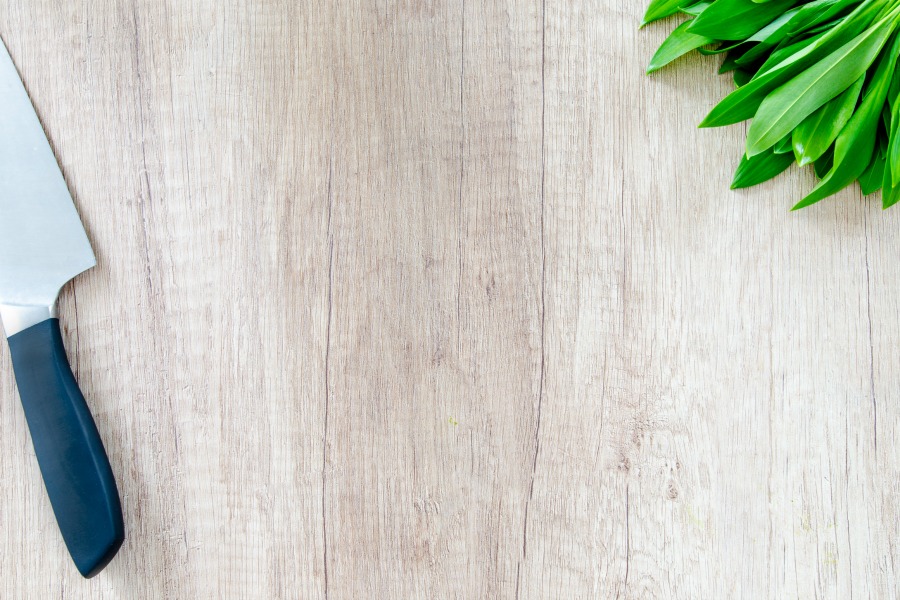 I moved a lot growing up, from one small apartment to another small apartment, until I bought my own house eight years ago. That kind of living creates a minimalist: When you have a tiny kitchen, you’re forced to curate your cooking tools more thoughtfully. And I’ve learned that you don’t really need all those gadgets and gizmos in the kitchen. Here are the kitchen tools that you don’t need — and what you should have instead.

CME is an Amazon affiliate. Please note that the products recommended here are based solely on what we use in our kitchens.

Related: 5 must-have kitchen tools for under $15. Because not all the good stuff is expensive. 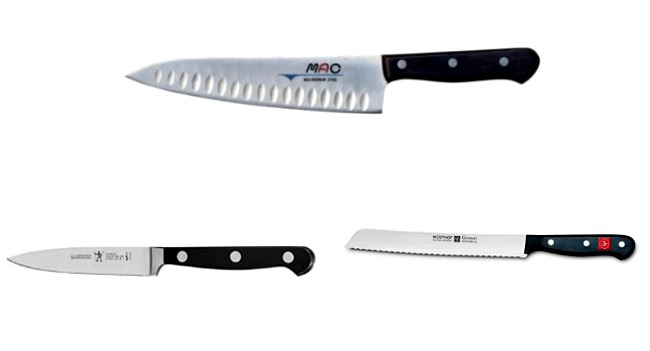 Instead of a knife set, buy only three: You don’t need one of those fancy knife sets that come in a big block that takes up space on your counter. A good cook only really needs three knives: an 8-inch chef’s knife, a paring knife, and a serrated bread knife. Seriously. That’s it. Those three and you’re good.

All three knives are standard and available in a wide range of prices. You may want to stretch your budget for the best knives that you can afford — it’s worth it. And since quality knives are an investment that can last you the long haul, make sure to keep them sharp and store them properly. 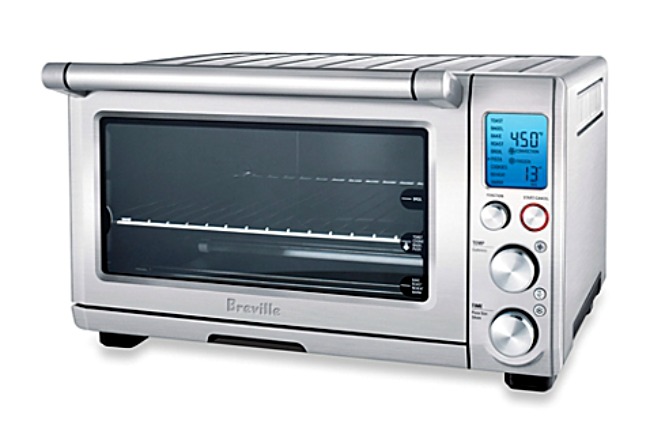 Instead of a toaster, get a toaster oven: A really good toaster oven can make great toast and serve as an additional oven/convection oven. But a toaster oven takes up more space! True, but because it can do so many things, it’s like five appliances in one.  My personal pick is the Breville Smart Oven, which I use daily to make toast, cook frozen pizza, roast vegetables, broil up hot dogs, bake muffins or cupcakes, and even warm up leftover pizza (so that it actually comes out as good as the the night of delivery). 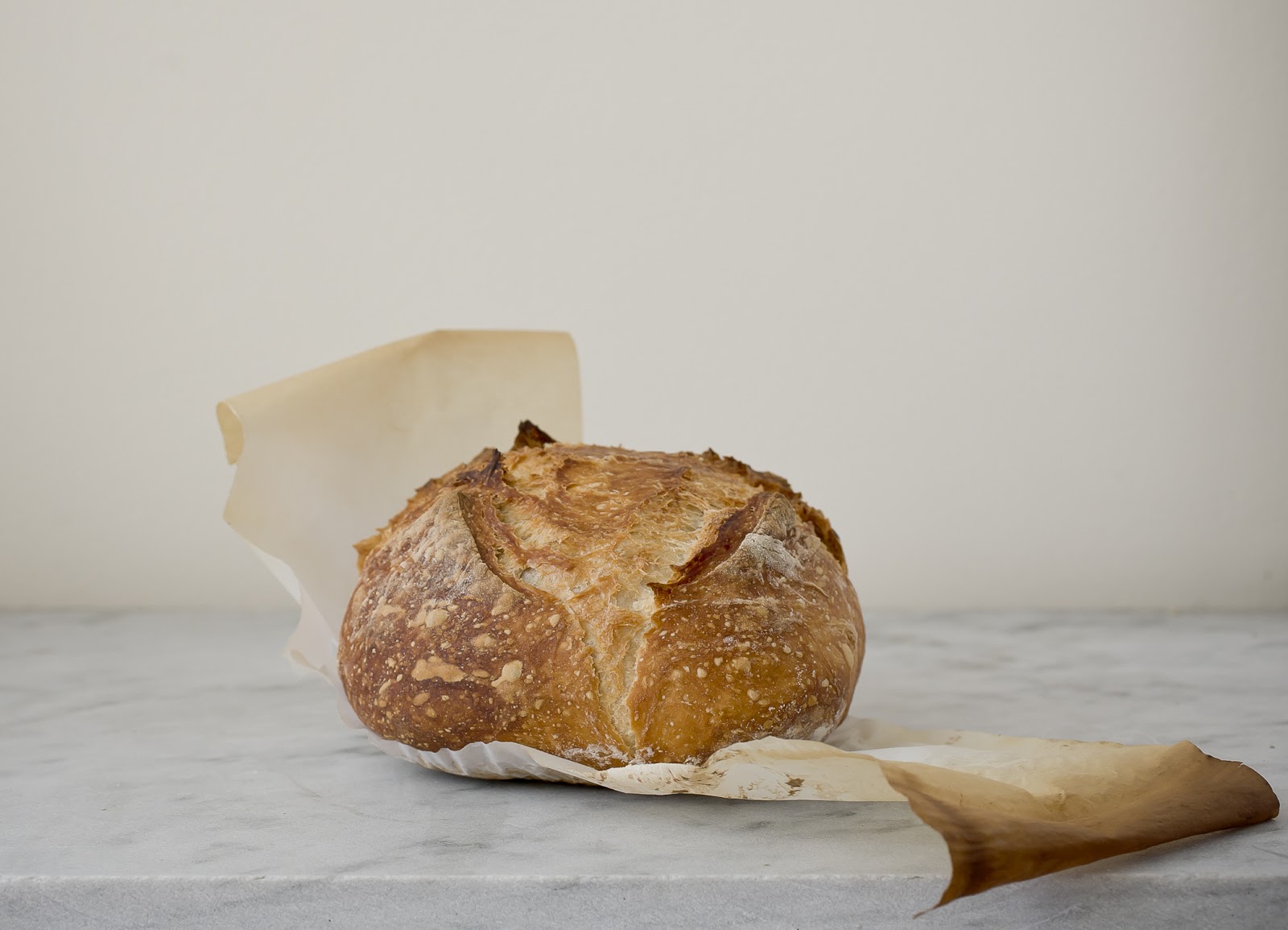 Instead of a bread machine, make an easy no-knead bread recipe: If you like making your own homemade bread, more power to you. However, you don’t need a huge bread making machine. Home cooks have been baking up bread without machines for centuries. Just find a really good recipe, like Mark Bittman’s super easy No-Knead Bread, which we found (with variations!) at A Stack of Dishes. 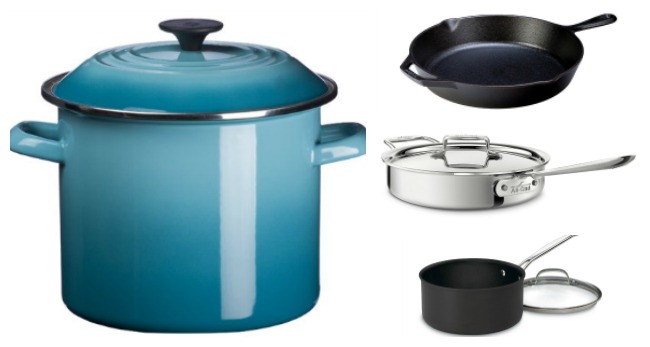 Instead of a 10 piece cookware set, buy these 4 pots and pans: While fancy 10 piece cookware sets are included in every wedding registry, I’m willing to bet that most of the pots and pans are collecting dust and taking up space in your cabinets. For the majority of your cooking, you really only need four pieces of cookware: a 12-inch cast iron skillet, a saute pan with a lid, a 3-quart saucepan, and an enamel stockpot. Some folks swear by their enamel-lined dutch oven (either 7 1/4- or 9-quart), like the kind made by Le Creuset: You can add this to the mix or swap it in for the stockpot. (It’s particularly useful for that no-knead bread.)

I cook almost everything in my cast iron skillet: juicy burgers, perfectly seared steaks, crispy chicken, and pork tenderloin. Plus, a cast iron skillet will last forever if you take care of it properly. A saute pan can cook eggs, breaded chicken cutlets, stir frys, and more. A 3-quart saucepan with a lid can be used for boiling, steaming, making sauces, and cooking rice. For soups, tomato sauce, and stews, a good enamel stock pot or dutch oven are perfect, and preferable to stainless steel because it’s non-reactive.

Pro tip: You should avoid cooking acidic foods in stainless steel pans, because the metal reacts with the food and changes the flavor. 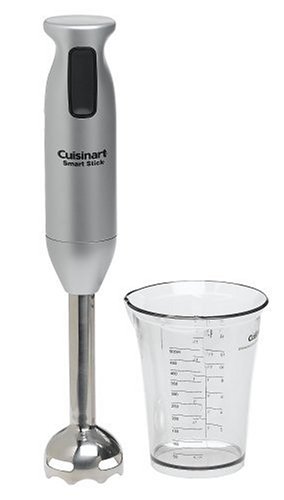 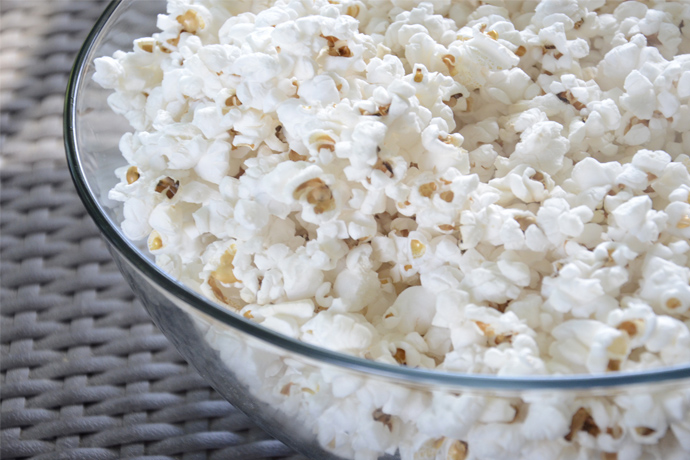 Related: Why you need to stop cleaning your kitchen sponges STAT! 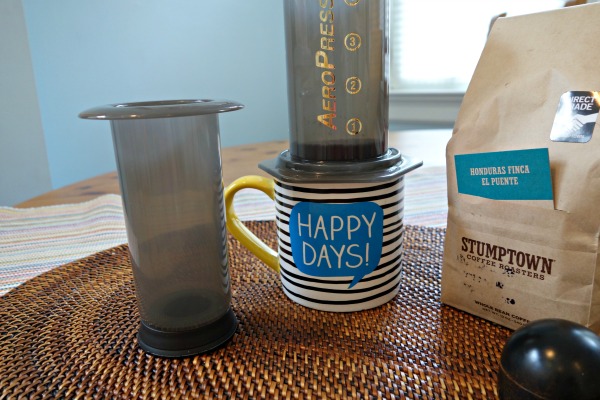 Instead of a coffeemaker, buy an AeroPress: You don’t need an automatic coffeemaker for an amazing cup of coffee. A small AeroPress brews a cup of java that is like a cross between a French press and a pour over. I love mine so much, not only for it’s space saving size, but also because it travels easily, so I never have to go without a good cup. Another option is a more traditional French press, which is also way smaller than a coffee machine. 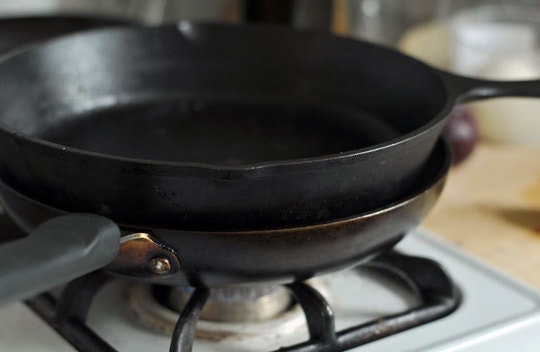 Instead of a panini press, use heavy pans: Say no to another countertop appliance and just use a cast iron skillet and another heavy pan to make crispy, gooey panini and grilled cheese sandwiches, as demonstrated at The Kitchn. In fact, they share five ways to make a hot, crispy sandwich without a panini press. Read them, learn them, love them. 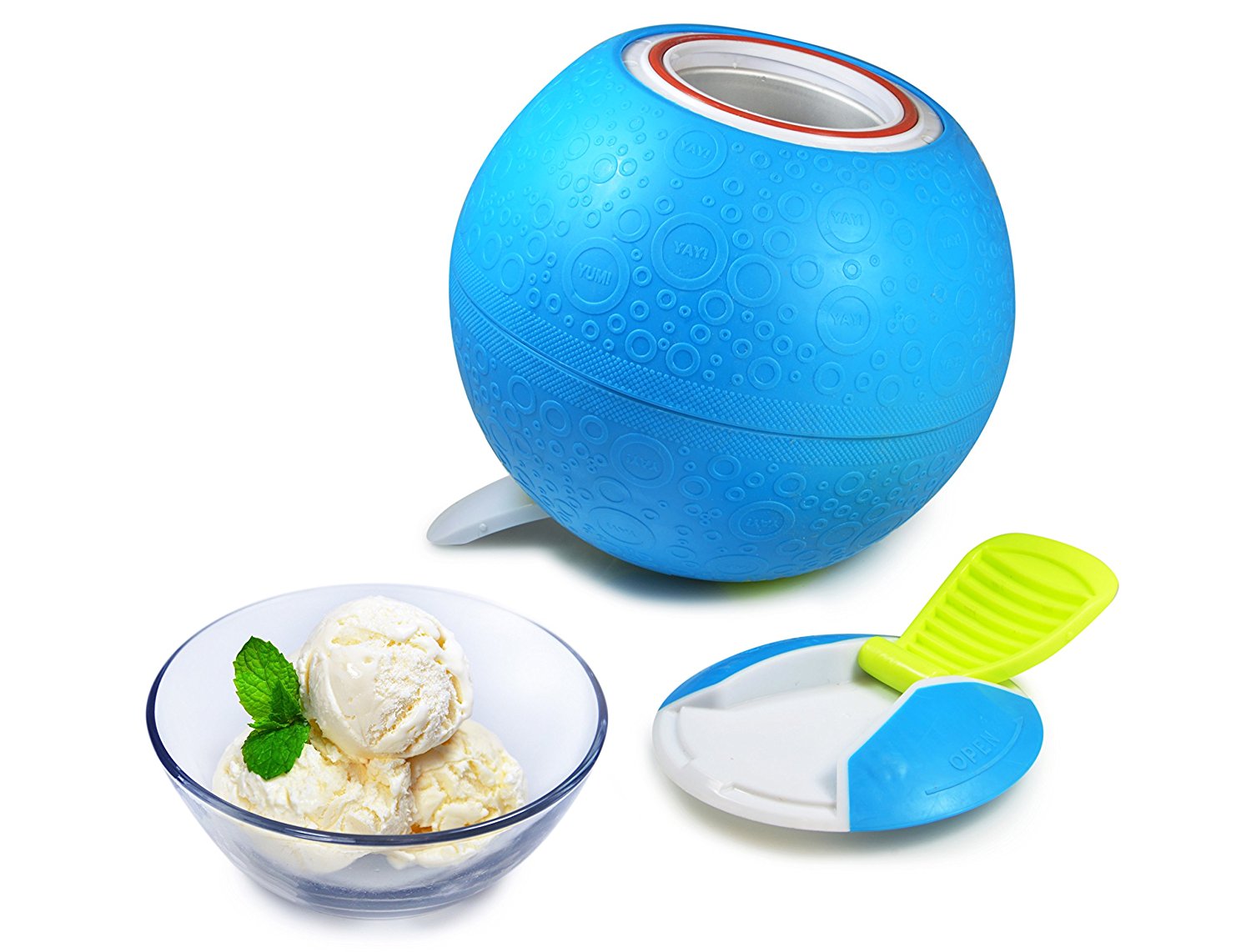 Instead of an ice cream maker, just buy store-bought (or get the kids this toy): Every single person I know who bought a big, clunky ice cream maker has used it a few times in excitement… and then left it to sit collecting dust. Unless you truly love making homemade ice cream and do it often, skip the appliance. Just treat yourself to good ice cream at your local shop or buy your favorite at the supermarket.

I do love a multitasking tool, however, so if you’re looking for a fun toy to keep the kids busy and make homemade ice cream, you might want to consider the YayLabs Ice Cream Ball.

Georgette Gilmore is a NJ based writer, social media junkie, food lover, avid reader, TV bingewatcher, and mother of two adorable Gilmore Girls. She writes about family travel on her blog, Playground, and works as creative writer and social media manager for the Montclair Art Museum When she's not bingewatching. Of course.
Bio
Twitter
Instagram