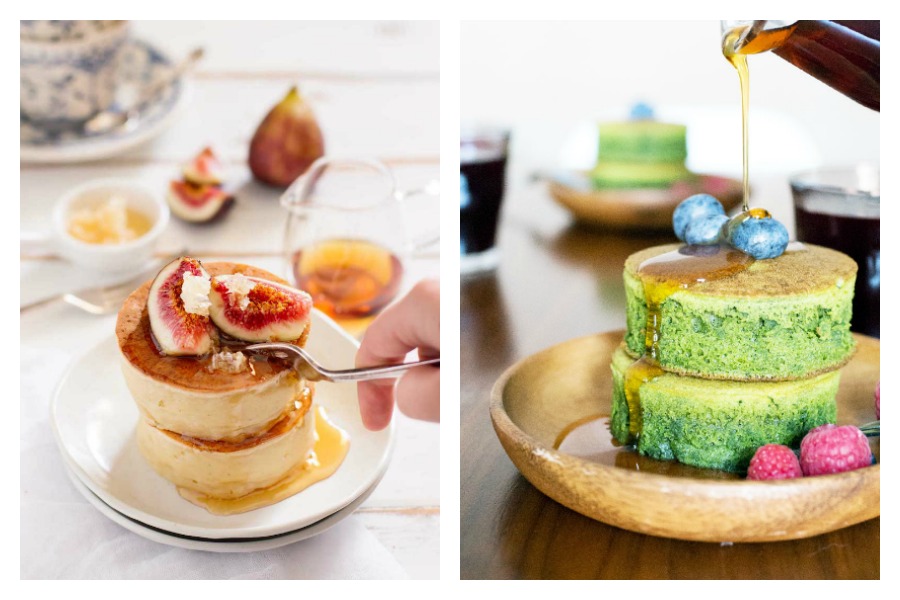 Move over, boxed pancake mix; we still like you, but the new hot food trend that we are excited to try is Japanese fluffy pancakes.

So, grab your whisk and your mixing bowl, and try out one of these recipes for your next lazy weekend breakfast. You may never go back to the flat American style flapjacks again.

What are Japanese Fluffy Pancakes?

In a nutshell, they’re more like savory little soufflés than pan-grilled rounds of dough. The inside may be a bit like custard in consistency (it’s also been described as “jiggly,”)  while the outside has that light crispness of the pancakes you know and love. But no oven needed unless you’re trying some of the more creative variations. Which also makes them perfect for summer mornings or impressive brunch entertaining.

Once you’ve whisked or beaten together the ingredients, you’ll just need a ring mold to help them achieve the right height and to contain the size, while you cook in a pan over low heat, like you would your traditional pancakes.

You can do this!

4 fabulous recipes for Japanese Fluffy Pancakes to get you started 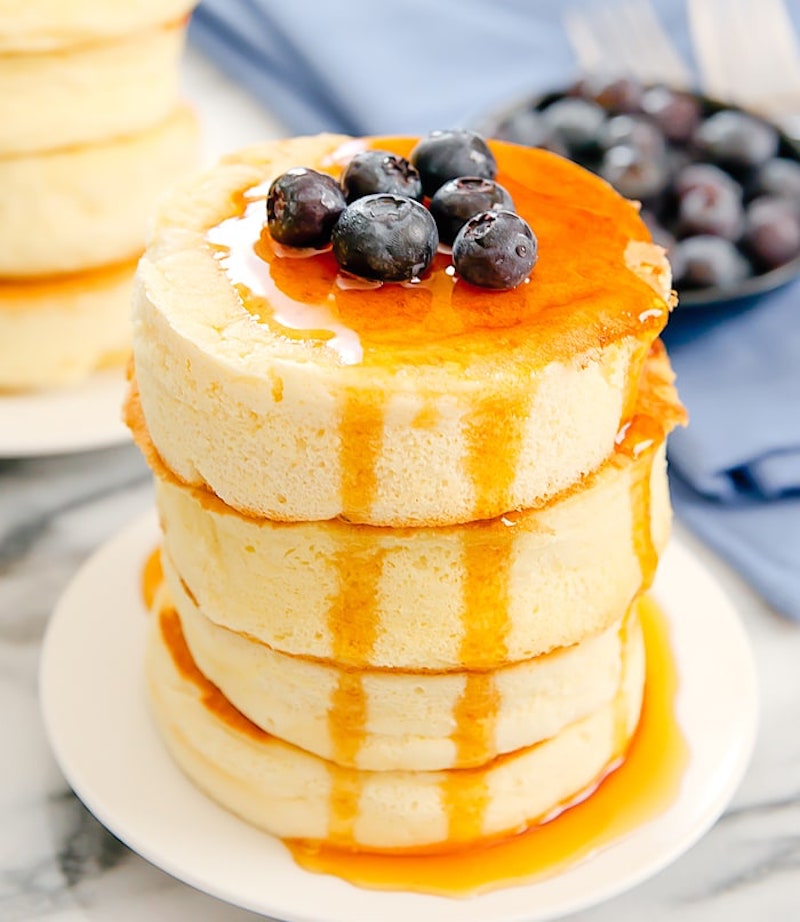 Kirbie of Kirbie Cravings has tweaked her recipe for Japanese Fluffy Pancakes dozens of times to achieve the perfect version to match the light and fluffy pancakes she fell in love with on a trip to Japan. In fact, she calls them Japanese Soufflé Pancakes, which is pretty apt.

The recipe isn’t too complicated (it’s more like baking a cake than pancakes), and she even shares all the fails with us, so we can learn from her mistakes. These come out light, eggy, and delicious — serve with a strong cup of coffee for breakfast. 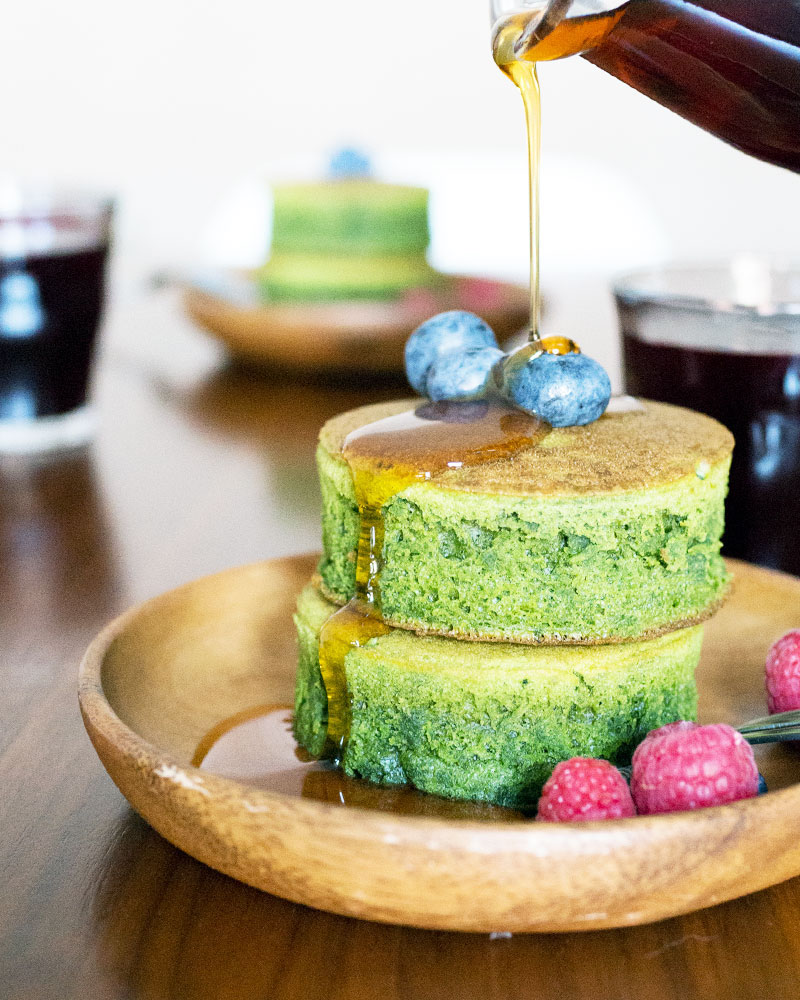 Jee at Oh How Civilized shares her recipe for Japanese Fluffy Pancakes with a twist, thanks to the addition of an essentially Japanese ingredient in her Matcha Japanese Fluffy Pancakes. Her two-step process mixes the stovetop and oven is so it is a little more complicated than the basic recipe. But if you have time on a weekend morning to try these out, you’ll feel like you just dined in some fabulous Tokyo café when you’re finished. 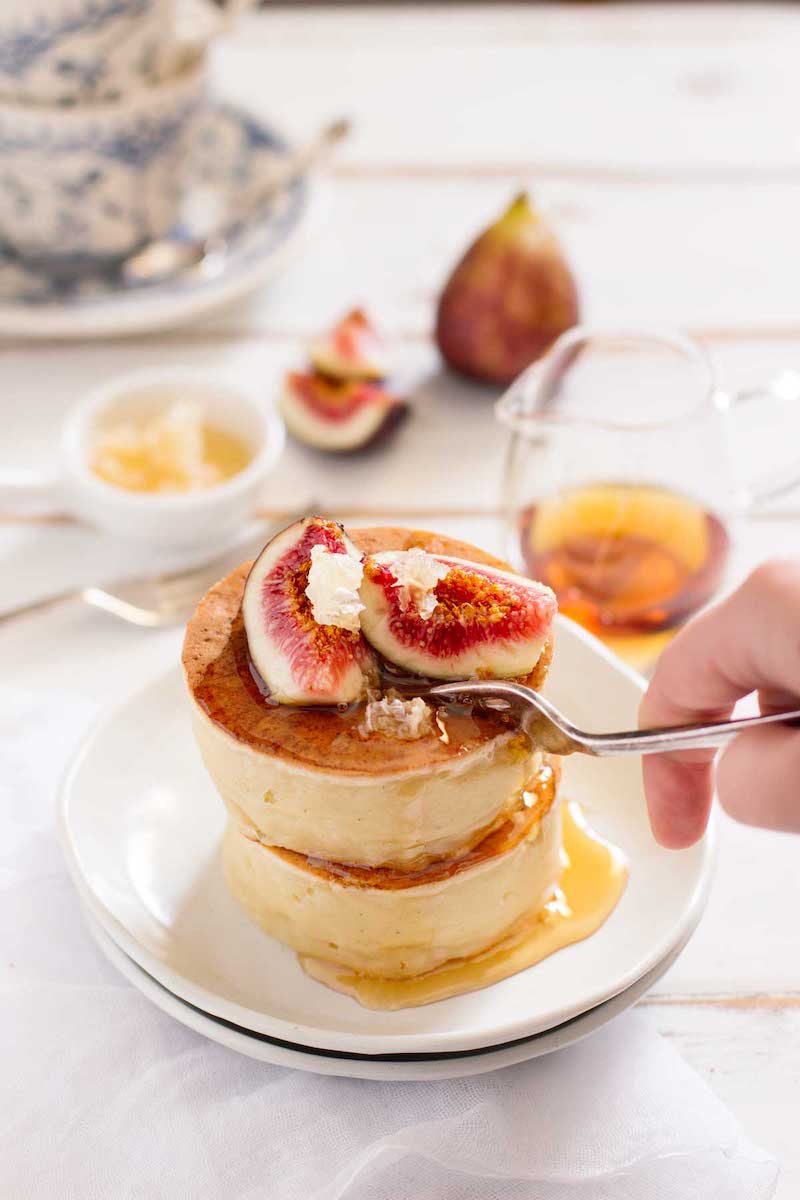 Shihoko of  Chronicles came out with a wildly popular Extra Thick and Fluffy Japanese Fluffy Pancake recipe serval years ago.  It was such a hit, that she soon followed it up with a Gluten-Fee Japanese Fluffy Pancakes for anyone who wants to enjoy these treats but skip the wheat. She uses a gluten-free flour to great effect, and calls them similar in consistency to mochi. Yum! In addition to maple syrup as a topping, Shihoko also suggests ice cream — so yeah, these are quite the indulgence.

And finally, if you’re vegan, I found this vegan adaptation of Shihoko’s original recipe on the Vegan Universe Tumblr just for you. It’s got some smart substitutions like applesauce, dairy-free buttermilk, and vegan mayonnaise. So everyone can get on the Fluffy Japanese Pancake train! 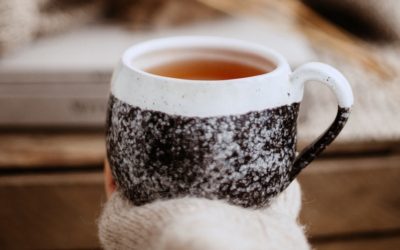 Hands down, the best wassail recipe for fall ever: The one passed down to my mom