10 of our readers’ favorite pie recipes for the holiday season. Move over bread, we’re baking pie! 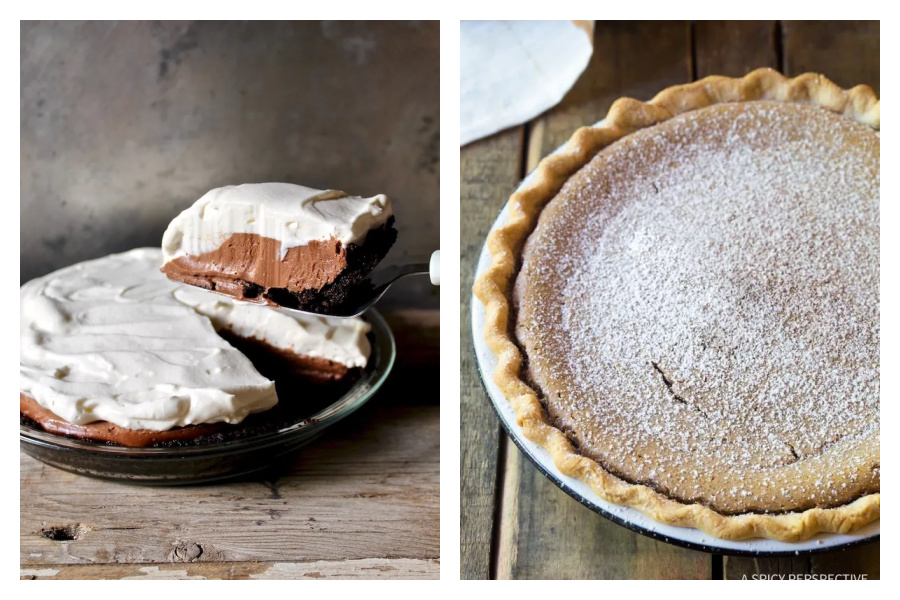 Several weeks ago, a member in our Recipe Rescue group sent out a plea for your favorite non-pumpkin, non-pecan, non-cherry/apple/strawberry rhubarb pie recipes (to please a picky husband, should that matter), and our readers all seriously delivered. What a fabulous gift alternative to cookies, if you’re baking for a neighbor, a teacher, or just your own smaller brood over the winter break.

So, here are our readers’ favorite holiday pie recipes…from coconut cream pie to chocolate cream pie to banana cream pie, and a few others that aren’t cream pies at all. (But, yeah, we love our cream pies too!)

Some of you have even been baking these recipes for more than 20 years, so we know they’re tried-and-true holiday pie recipes that you can count on.

At top: Chocolate Cream Pie with Oreo Crust recipe at The Hungry Bluebird; Cinnamon Pie at A Spicy Perspective 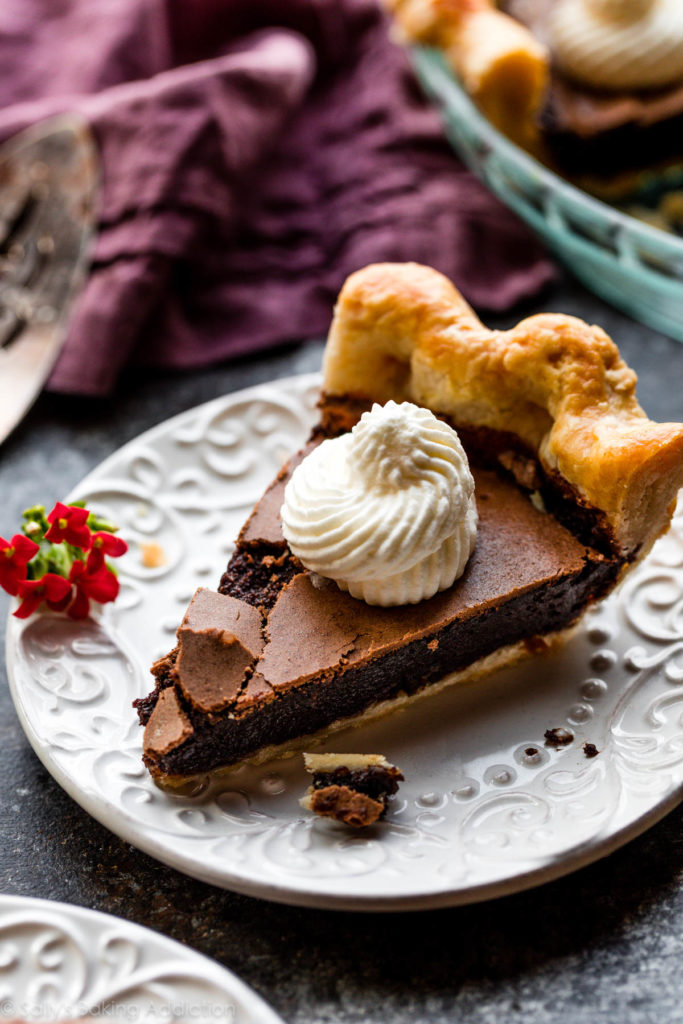 I have to second the vote for chocolate chess pie from our reader Rachel! She didn’t share her favorite recipe, so I went straight to Sally’s Baking Addiction for her chocolate chess pie recipe, because Sally never steers us wrong. This holiday pie recipe yields that perfect crispy top with the fudgy center that is sooo delicious.

Pro tip: my mom serves hers with peppermint ice cream at Christmas. 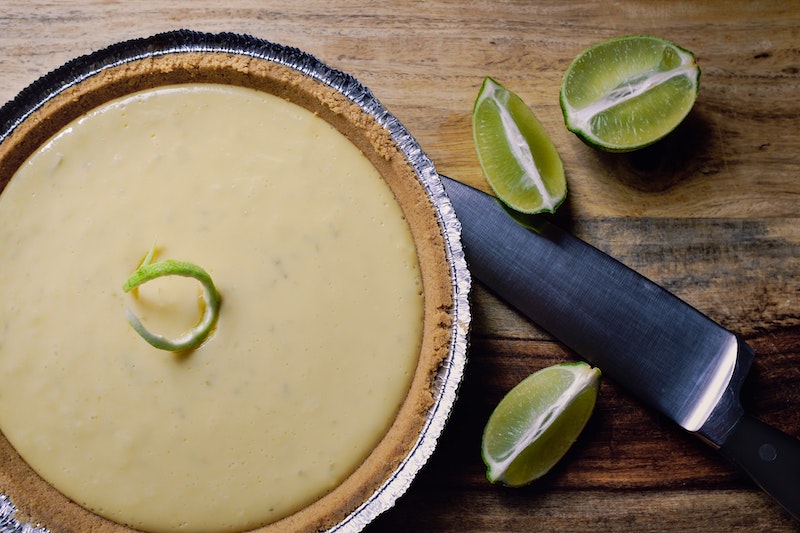 It may not seem like a winter favorite, and yet quite a few readers recommended key lime pie as your top choice. So who are we to argue! Our reader Mary said the recipe on the back of the Nelly & Joe’s key lime juice bottle is the best ever. Bonus: it’s just four ingredients and so simple. So I guess technically it’s a fruit pie, basically can’t not make this one for the holidays.

(Photo by Nathan Lemon via Unsplash) 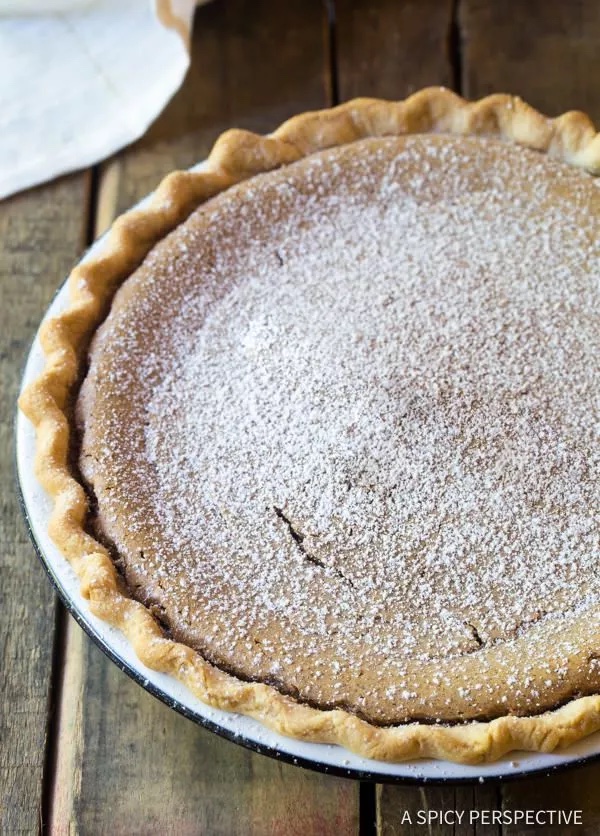 I have to admit, I’ve never heard of cinnamon pie before, but our reader Stephanie assures us that this Cinnamon Pie at A Spicy Perspective is her family’s favorite holiday pie of all. The filling is made with cream cheese, brown sugar, cinnamon and nutmeg, along with some other ingredients all mixed in one bowl. Easy! Just chill it before serving. I think I’ll try it this year. 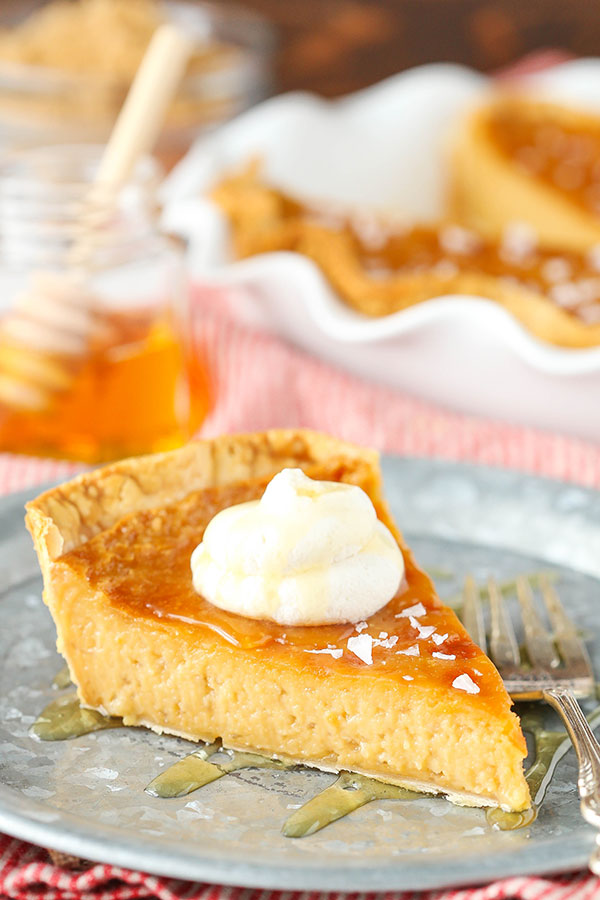 Another new-to-me pie recipe is this Salted Honey Pie at Life, Love, and Sugar, which I found when one of our readers shared that it was her must-make holiday pie recipe each year. Reading through the steps, I’d say this looks like one of the more complicated pies on this list, but worth it! The result is a custard pie with a caramel-like glaze on top that reminds me of flan. Looks delicious! 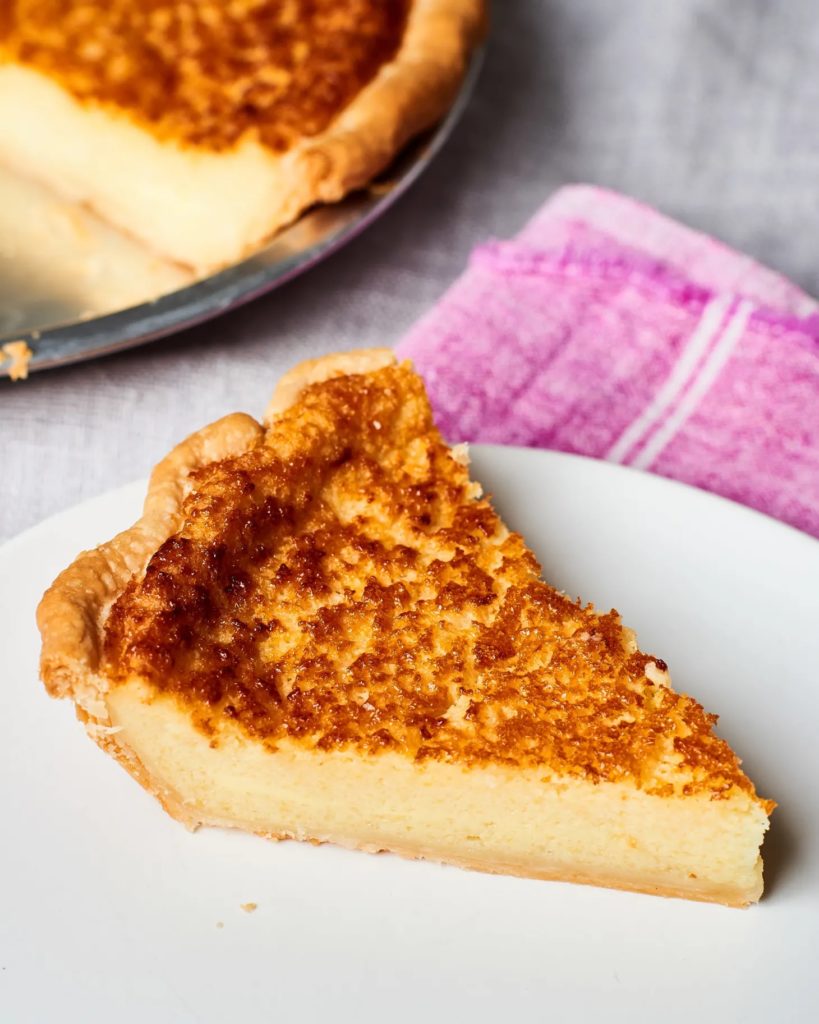 In the South, we love our chess pie. If you were raised down here, you probably have your grandmother’s recipe handwritten on an index card somewhere. If not, a reader shared this “Better than Grandma’s” Buttermilk Chess Pie recipe at The Kitchn as her family’s favorite. This version uses buttermilk and adds cornmeal to the filling mixture and sounds fantastic.

If you’re a purist looking for more of a traditional chess pie recipe with no buttermilk, I’d recommend Minnie Pearl’s Chess Pie recipe; it’s the one I grew up with in Nashville. 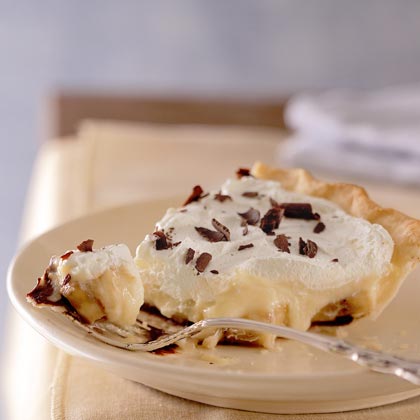 I love that Lisa shared this Black Bottom Banana Cream Pie recipe, because I still have my clipping of this recipe from a Cooking Light magazine I got in college. It’s been an absolute favorite in our family for decades, gaining legendary status. In fact, Marty also shared this recipe for the same dessert but it’s simply called: “the Pie” at Canape Sun. It isn’t basic—you make the ganache and custard from scratch—but it isn’t hard, and it is so worth the time. 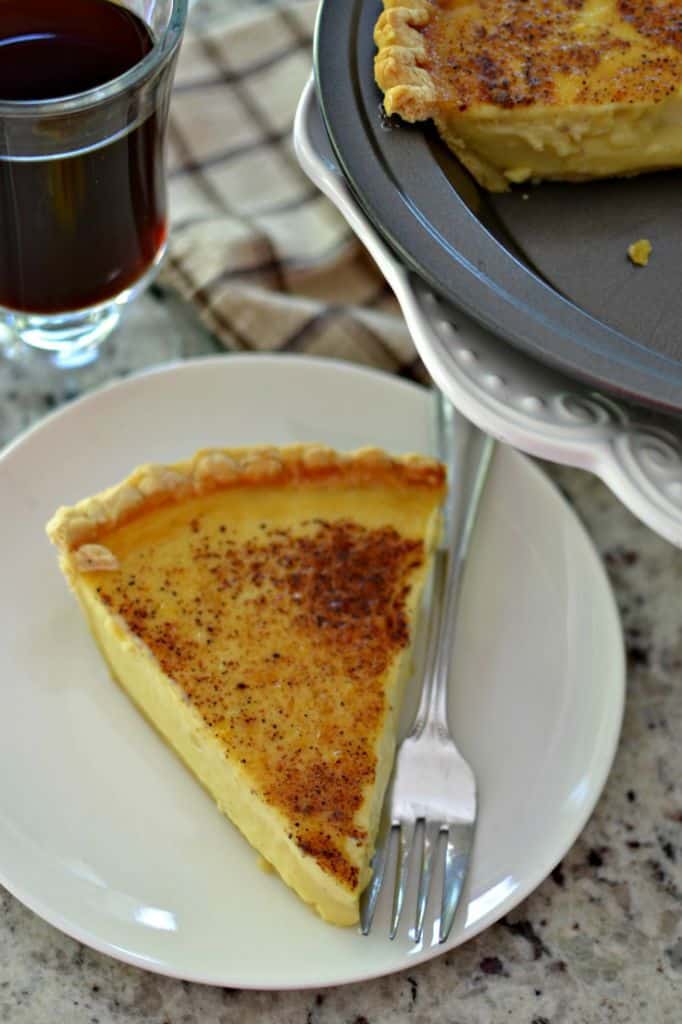 Angela said that this Old Fashioned Silky Creamy Custard Pie at Small Town Woman is her favorite, and it’s no surprise since blogger Beth says this is her grandmother’s recipe—save the store-bought pie crust, which her grandmother would never have used. With the fresh ground nutmeg on top, it looks like eggnog or creme brûlée in pie form to me. Yum. 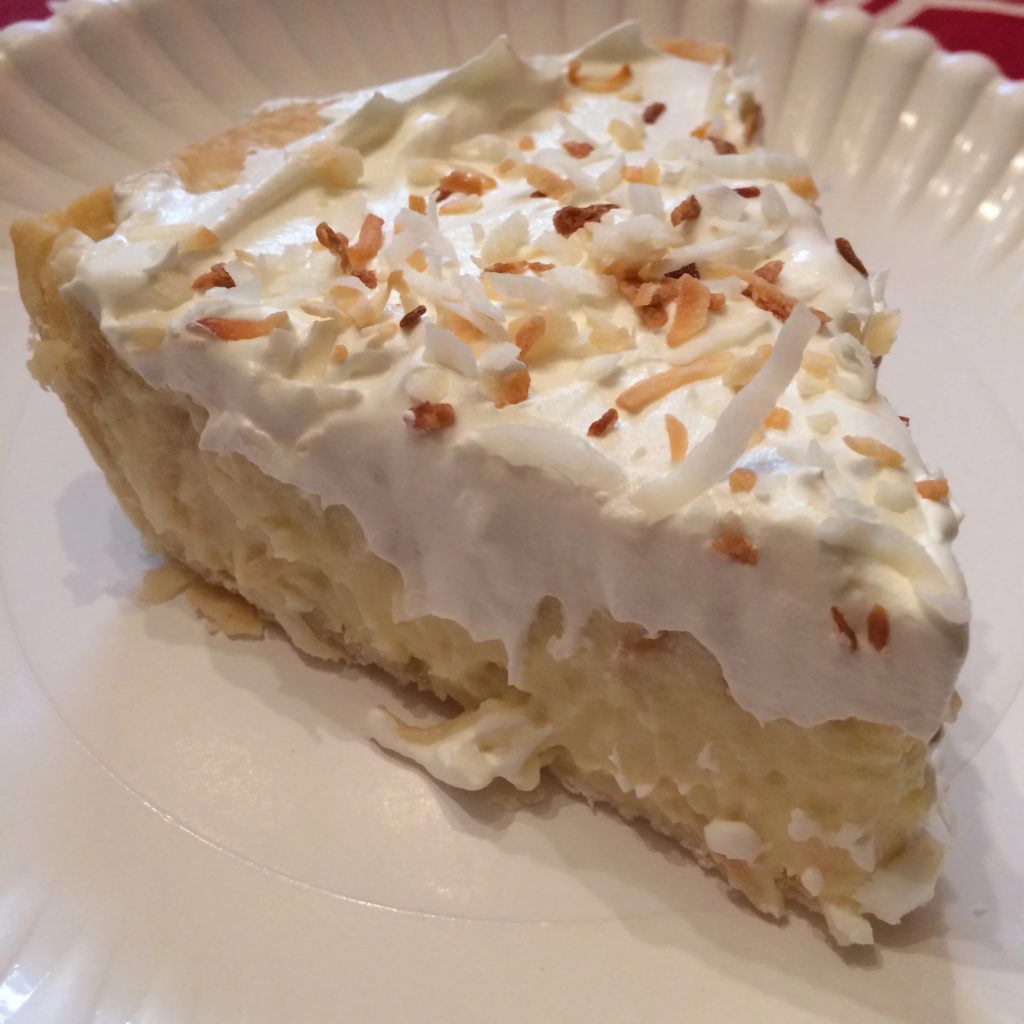 Lots of you are excited about coconut cream pie for the holidays, so I checked the ratings on dozens of recipes online and found a winner in Carol H’s coconut cream pie recipe at All Recipes. She says it took her many years of tweaking to come up with this recipe, and with 1,500 bakers leaving terrific reviews, you’ll be in good hands! 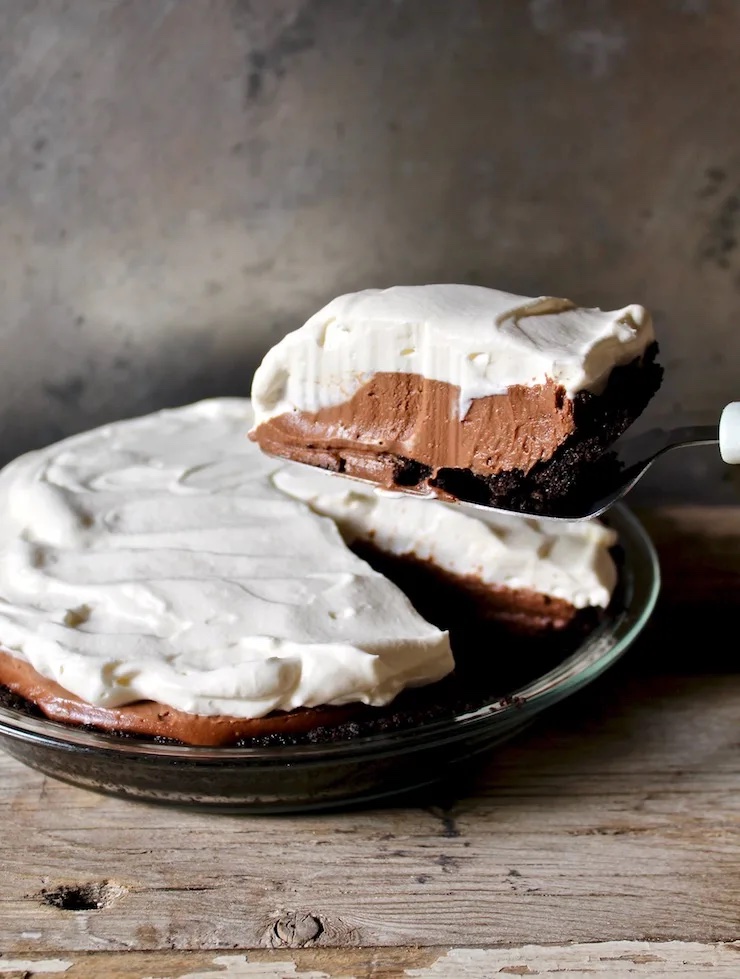 Several readers suggested chocolate cream pie as a favorite holiday pie recipe, and I was particularly taken with this Chocolate Cream Pie with Oreo Crust recipe at The Hungry Bluebird. I can see why with that rich chocolate pastry-cream filling and an Oreo cookie crust. Yum. 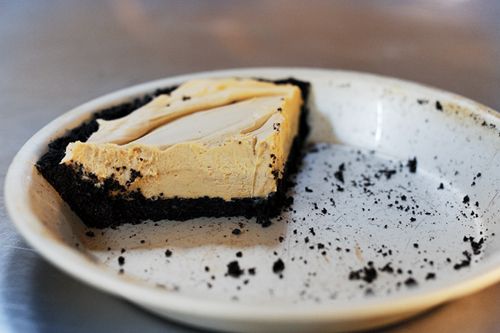 Ree Drummond has been one of my favorite sources for recipes for years, so when a reader recommended her Chocolate Peanut Butter Pie, my interest was piqued. The crust is chocolate wafers and the filling is peanut butter, cream cheese, and Cool Whip. Pretty basic and simple — and maybe a good one for kids to try. Just know it’s rich and very peanut buttery. If that’s your jam, then this may be your new favorite holiday pie recipe. 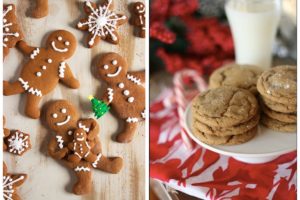 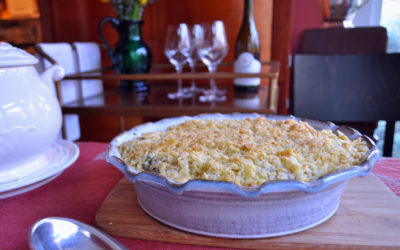