Baking tricks: How to remove brownies from the pan without them falling apart 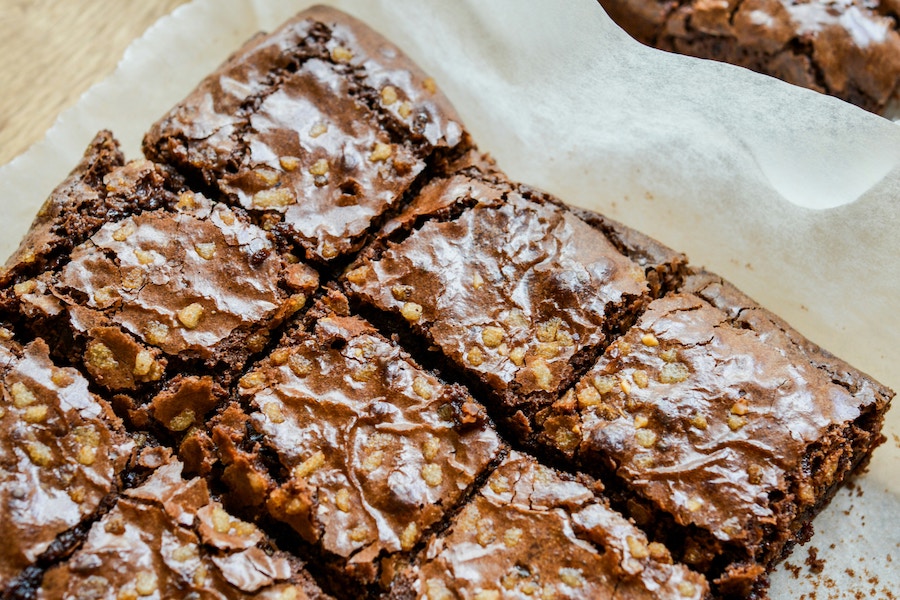 On a recent thread in our Recipe Rescue Facebook group, I noticed a particularly long discussion around the topic of the best way to cut brownies. Specifically, how to remove brownies from the pan without them breaking into pieces.

The author posted a photo of an all-too-familiar image: a tray of brownies with chocolate smudginess all over the knife, a perfectly envisioned square brownie shattered, like all her bake sale hopes and dreams.

(Okay maybe that’s a bit dramatic, but it’s still annoying as hell when it happens, right?)

I was ready to jump in with my own tip that I learned from working with Martha Stewart — although someone beat me to it. But as I continued to read the comments, I learned of a second genius trick that is both cheap and easy and compliments the first.

Score another one for the Recipe Rescue brain trust!

Related: One-bowl baking recipes to keep it simple. And delicious.

How to remove brownies from the pan without them falling apart: Two foolproof tricks

The reality of brownie cutting is this: It’s difficult to cut all the way through brownies, not to mention lift out, when you’re dealing with the edges and sides of a pan.

The idea of lining the pan with parchment is that once the brownies are baked, you’ll be able to lift the whole tray of brownies out of the pan so you can easily slice through and make individual squares. Here’s how:

1. Butter the bottom and sides of your baking pan.

2. Cut two strips of parchment so they fit inside the pan – both across the width and lengthwise – leaving a little overhang on each side.

Tip: I typically place the parchment on a cutting board, with the pan on top. Then, with a sharp knife, I cut very closely to the pan so my strips are the same width.

First of two strips of parchment

3. Parchment doesn’t always stay in place so use kitchen or binder clips to hold in the paper but only until you pour the batter in. (IMPORTANT!) The batter will act as a weight and keep the parchment in place.

4. Pour in batter and remove the clips before placing in the oven. Or you’ll have a different kind of hot mess on your hands! Bake brownies as directed.

5. Let brownies cool for about 15 minutes and then gently pull up on sides of the parchment to remove brownies from the pan. Voilá!

Related: The best tips for the best ever DIY Ice cream sandwiches

Now for the cutting part.

6. I had never heard this suggestion before, but it was recommended about a dozen times from members…and it works! Just use a plastic knife to smoothly cut the brownies into squares.

I personally tested this on our super fudgy Father’s Day brownies last month (above), and I’m now a believer.

Look at that knife: Shiny and clean! And most importantly, the brownies came out perfect.