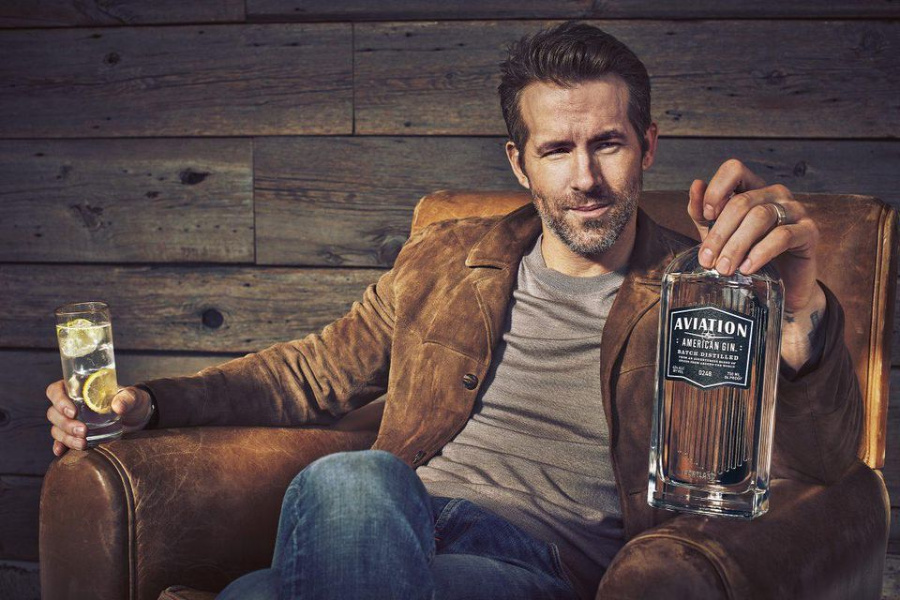 Why, just yesterday, I saw Ryan Reynolds staring back at me from the side of a truck in DUMBO, urging me (yes, me, personally) to try his own Aviation Gin.

And I was like, are you in that truck? Right now? Like, can I come in and have a g&t with you because I will totally do that.

But hey, you can still buy the gin.

Or, if Ryan Reynolds (or gin) isn’t quite your cup of booze, there are quite a few options for you. Especially if you’re looking for the next cool liquor gift for an entertainment junkie in your life.

Related: 10 tweets that show Chrissy Teigen is serious about food. So basically, 10 more reasons to love her. 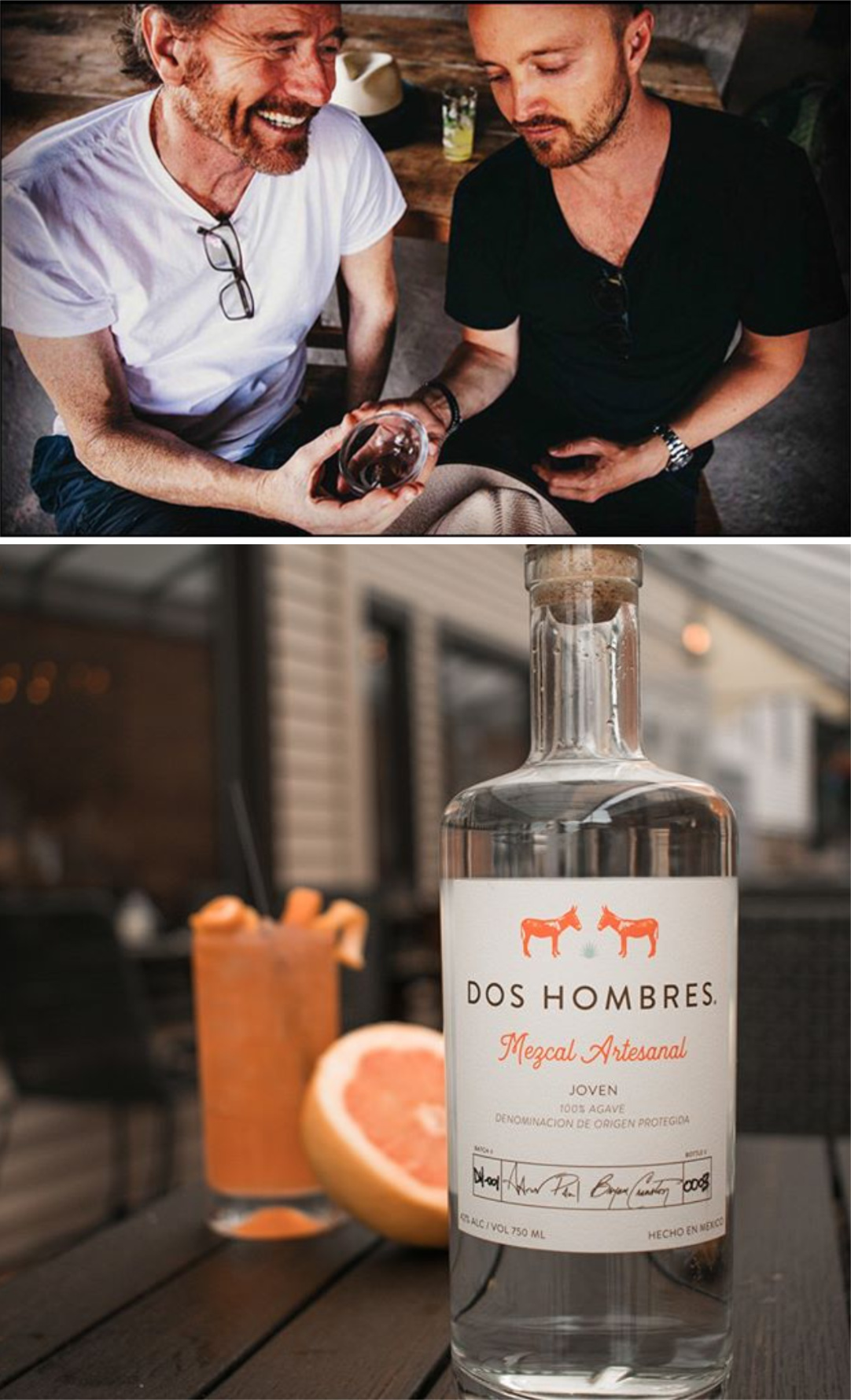 Just last month, Aaron Paul and Bryan Cranston — possibly best buddy team to hit the screen since Redford and Newman, don’t @ me — have teamed up again, only to create Dos Hombres Mezcal. Well, they’re not actually creating it; the artisanal mezcal harvested, blended and distilled by a respected producer in Oaxaca.

Evidently as the hombres teased the launch, Breaking Bad fans were all mad that they weren’t announcing a sequel TV project. Sorry! Just mezcal! But you can totally drink it while re-watching the original series.

Where to buy: Online, or in stores in CA, NY, Mexico, and some high end restaurants and hotel bars including Chateau Marmont and the Mandarin Oriental NY. And hey, you can always get the awesome Dos Hombres t-shirt. 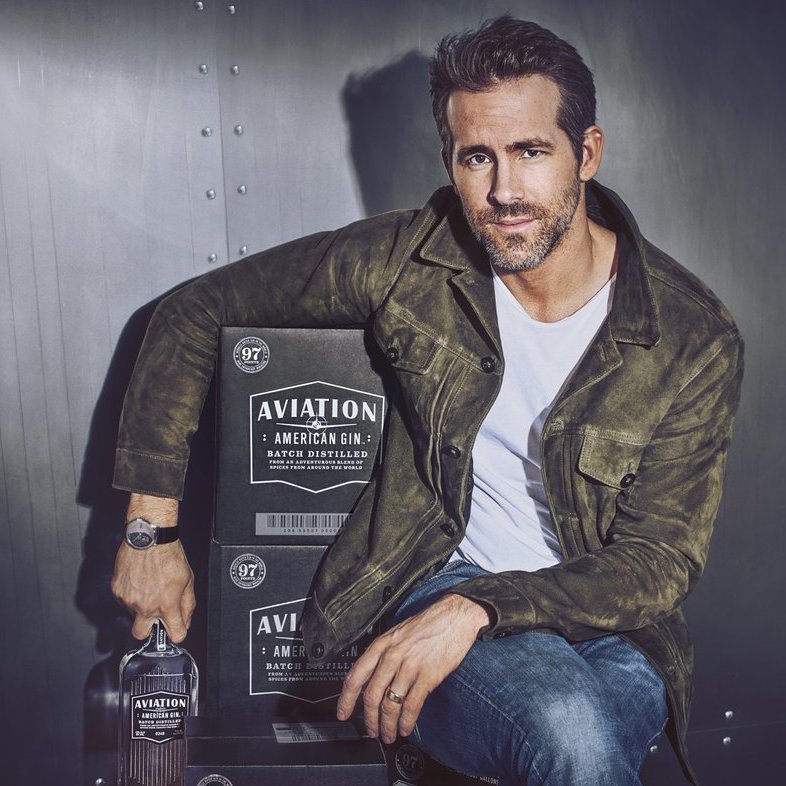 Come fly with me

Ryan Reynolds is now a co-owner of Aviation Gin, a “pre-prohibition” blend that’s hand-crafted in Portland. It’s got a swell-looking deco bottle, and top-notch branding that makes my marketing-nerd heart flutter.

I know for a fact that Kristen would happily order hers in a Julep, garnished with a spring of fresh mint, with a side of Ryan Reynolds — but that options is not yet available in the US. Fingers crossed.

Where to buy: Across the US, Canada, the UK, and online, including my own local Brooklyn liquor store and the Alamo Drafthouse cinemas, plus Virgin Atlantic flights. Solid distribution, team! 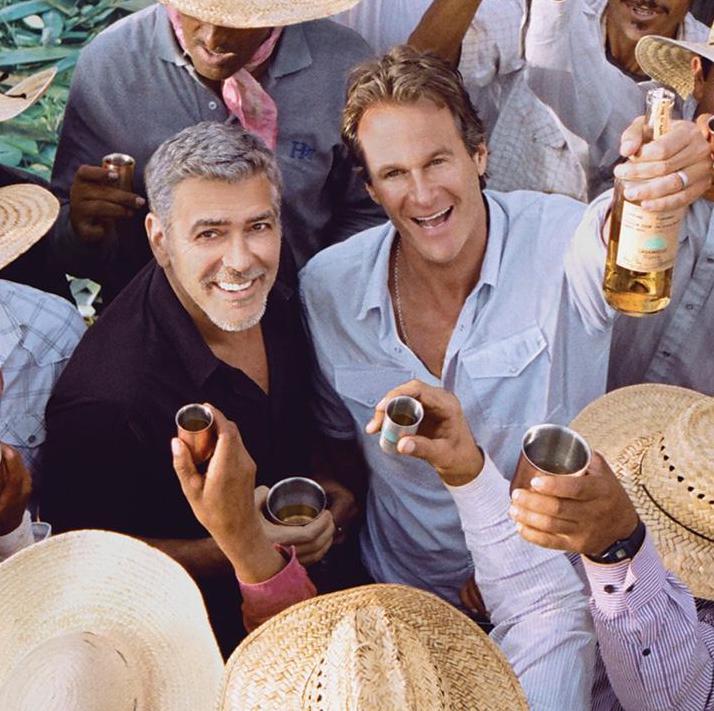 You may think of Casamigos as George Clooney’s tequila, but it’s actually a collab between three partners: Clooney (who you may better know as Amal’s husband); restauranteur/former model/husband to Cindy Crawford  Rande Gerber; and real estate tycoon Mike Meldman.

The line is created by a master distiller in Jalisco, Mexico, and now includes Blanco, Reposado, and Anejo tequilas, plus a Mezcal.

While the Clooney factor has grand appeal, Rande was once super nice to me in his LA bar about a zillion years ago and saved me from a creeper who was sitting too close, so I will always support anything he does. (No need to pick up that name I just dropped, I’m good.)

Where to buy: Online through Reserve Bar, and across the entire US. Or score an invite to basically to any celebrity party anywhere and it’s free. 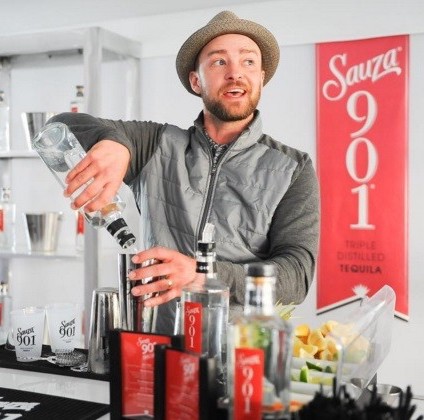 So here’s a story: Back in 2009, Justin Timberland created a silver tequila called 901, putting him way ahead of the game as always. However, the tequila was made in St Louis, and named for the area code of his hometown of Memphis — neither of which are particularly known for their tequila. Still, it did pretty well and Sauza bought the label a few years back, renaming it Sauza 901 tequila. Good for them.

I do really want him to come out with a whiskey next, so he can name it Rye Rye Rye.

Where to buy: Online through Reserve Bar, and at liquor stores and bars across the country.

Liz Gumbinner is the Publisher and Editor-in-Chief of the Cool Mom Picks network. This makes her very happy.
Bio
Twitter
Instagram