Michelle Obama’s Netflix cooking show can help teach our kids a valuable lesson that has nothing to do with food. 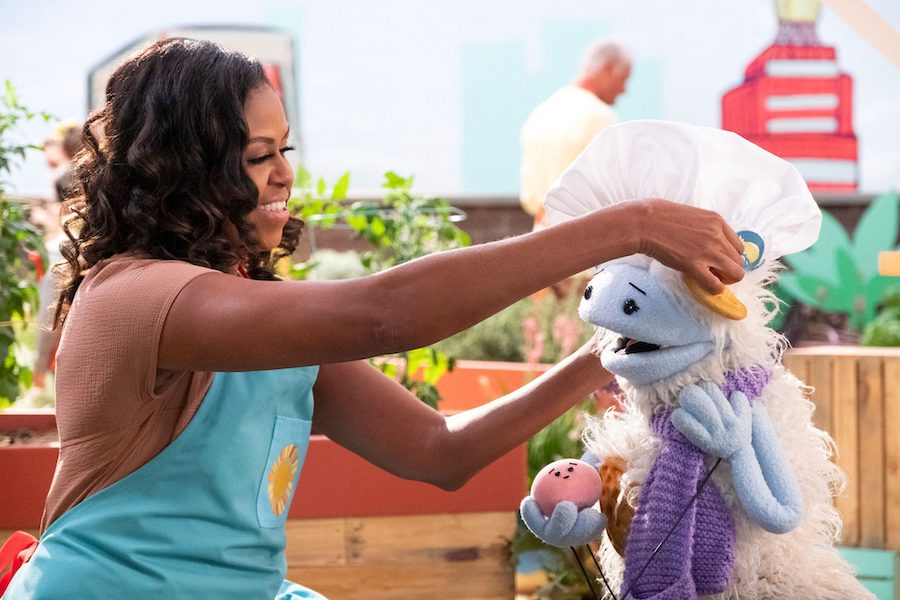 Parents are buzzing about Michelle Obama’s new Netflix children’s cooking show, Waffles + Mochi, just announced this week. And yes, I’m excited too! There’s going to be a lot written about it when it starts streaming March 16, no doubt. But there are a few positive lessons I think our kids may get from it that go beyond an education about food, cooking, and healthy habits.

For those of you who haven’t read about it, this early education Netflix series will feature Obama at a supermarket, and two puppets, Waffles and Mochi, who want to become chefs. Together, they’ll travel “to kitchens, restaurants, farms and homes all over the world, cooking up recipes with everyday ingredients alongside renowned chefs, home cooks, kids and celebrities.”

I’m so excited about this! I was raised on the Muppet Show (hey, Gen X friends!) and there was always something just so wonderful about seeing all those grownup celebrities and entertainers taking the time to be silly and funny, in a show made for kids. It made me feel in a small way, like I mattered. We mattered. Even though we were “just kids.” The same goes for every Sesame Street guest — I mean, Alicia Keys sitting at a piano to sing Don’t Know Y about the alphabet? I still get that stuck in my head.

Kids need every opportunity to feel important, empowered and seen. And with someone as beloved and admired as Michelle Obama dedicating her considerable influence and energy to kids and kids’ health — with puppets no less! — it’s a wonderful way to let kids know that they matter, and their health matters.

And hey, if you’re still struggling to get your kids to eat more than one or two green veggies, it can’t hurt to remind them that it’s important to Michelle Obama, right? I’ve been there…I know how it feels when you’re willing to try absolutely anything.

So of course kids will learn more about food, food sources, and nutrition in Waffle + Mochi; they’ll learn about new cultures through different cuisines; and hopefully, they’ll get excited about cooking overall. I’m sure there will even be lesson plans for teachers and parents to go along with the series. (Hint, Netflix!)

But I think there’s another important we can talk about with our kids, when we watch the series together. Because we all want to build healthy, strong, resilient kids — and that goes beyond what they eat. 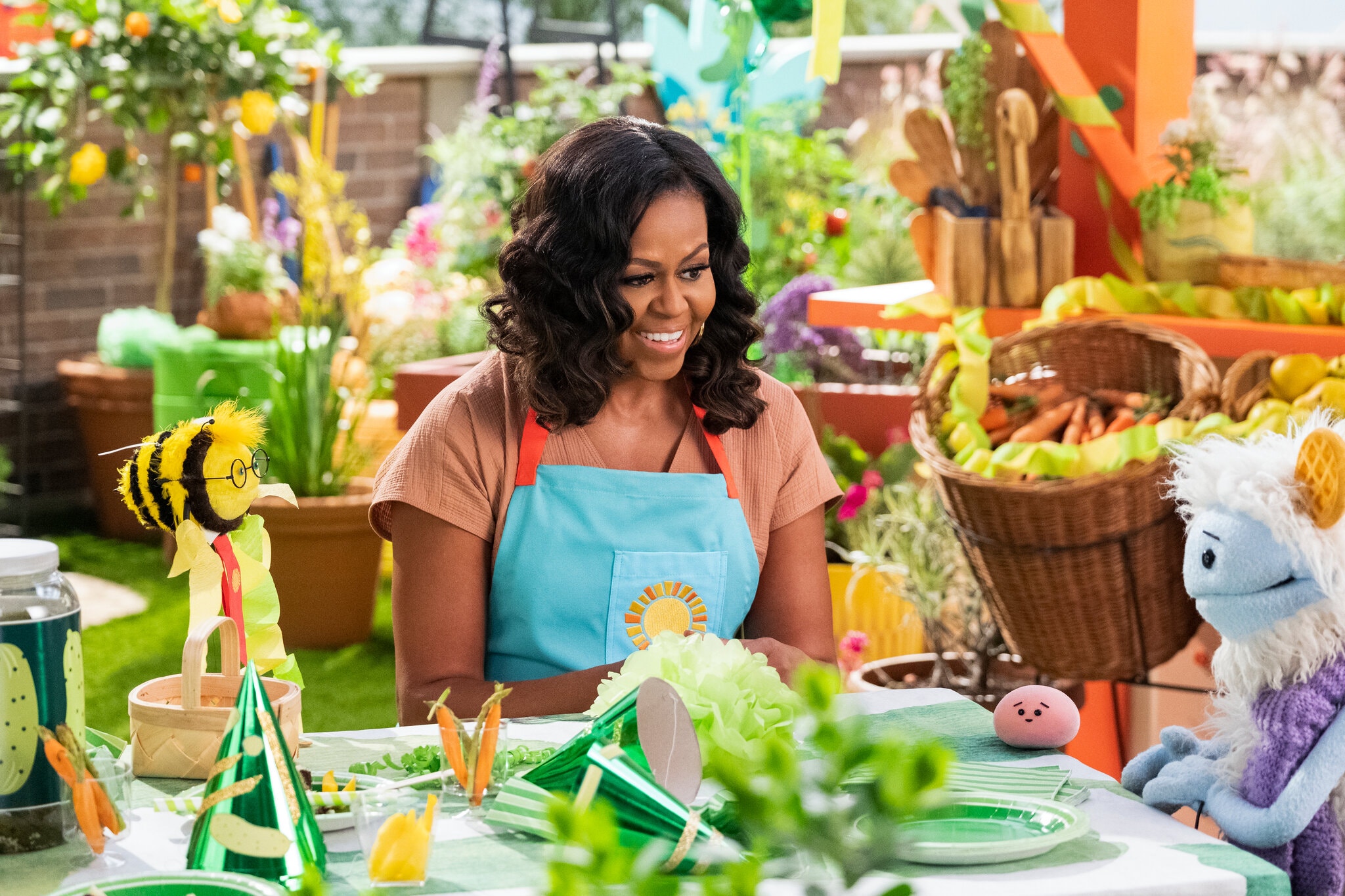 Keep pushing for the things you care about, even when there are obstacles.

There’s a wonderful lesson for our kids here, and it’s not just about food, nutrition and health. It’s about Michelle Obama, and how she got here.

Going back to March, 2009, when Michelle Obama planted a vegetable garden on the White House grounds, she did so because raising healthy children is authentically meaningful to her. Even so, she was subjected to inane partisan mockery for it — oh no, not healthy children! —  and still, she continued working the garden herself.

It was never just a photo op, or some half-hearted First Lady obligation to pick a cause. It was important to her. And we can share this with our kids.

In fact, over those 8 years, Michelle Obama persevered, even as the attacks continued. And now, there’s so much evidence that she was able to create real impact around American children and nutrition, just as she had intended to do. She kept on, and her work paid off.

Related: 7 fantastic food docs and TV shows to watch with the kids right now on Netflix, Hulu, or the Food Network.

But it didn’t end there, in 2016. Because now, a full four years after leaving the White House as First Lady, even as her own children have become young women, Michelle Obama is still trying to help more kids be healthy, now through this series.

As for that vegetable garden, it remains on the White House property today, with a commitment from Dr. Jill Biden to continue to tend to it. And I am open to receiving my own goodie basket any time, Dr. Biden…just saying. 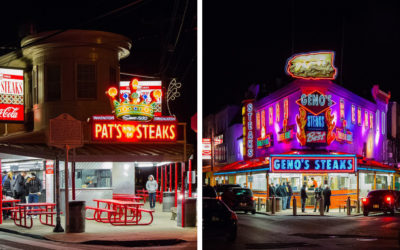