Is it realistic to go vegan with kids? One mom’s real life tips and tricks. 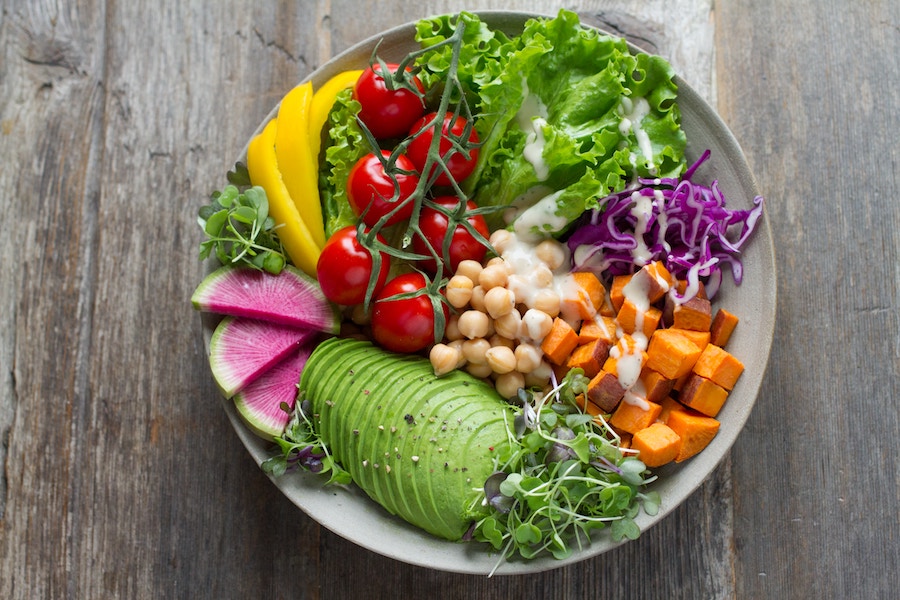 This time last year, my family and I were in a terrible rut of burgers, tacos, pizza, Chinese takeout, and pasta. Vegetables? Rarely. And I wouldn’t even look at a scale, much less step on one.

So last summer we switched to a Paleo diet to put more veggies and fewer carbs on the table. My husband promptly lost 40 pounds. It was great in a lot of ways, but we were a little concerned the amount of meat we were eating, and the high fat that comes with that. Then, after watching What the Health and doing some research, my husband and I decided that a vegan diet was the better choice for our family.

Of course, our kids were like, “But pizza! And what about chicken nuggets?!” So, here’s what happened when we made the switch, for good and for bad.

CME is an rStyle affiliate

Related: Get more veggies on the table with these 8 kid-friendly vegetarian recipes. 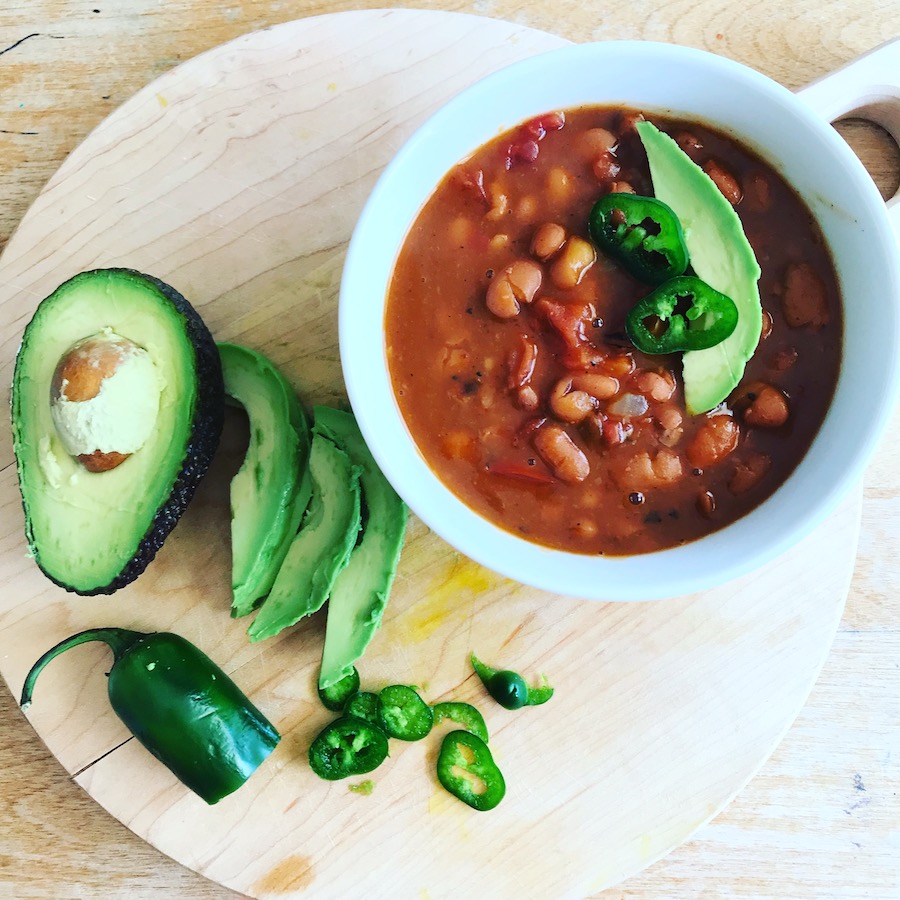 Since going vegan, my grocery bill has gone up, but my restaurant expenses have gone down. Another important data point: we’re generating less food waste, because we eat our leftovers more often than we did before. (I had a tendency to eat out for lunch, but with fewer vegan restaurant options I’ve cut back quite a bit.) So in the end, we’re saving more.

Pro tip: Focusing on recipes that call for veggies and beans more than meat substitutes like tofu or seitan helps save money.

Do the kids get enough protein on a vegan diet?

This is the question that everyone from my mom to my kids’ pediatrician has asked us, and the answer is simple: We’re getting tons of protein. Instead of eating frozen waffles for breakfast, my kids now eat Larabars in the morning, which are made primarily from almonds and dates. It turns out, there is more protein in 1 cup of almonds and dates than there is in a 1/4 pound beef burger. There are also great protein-enriched plant-based milks that help make breakfast and snack time an easy way to fit in a good dose of the stuff, and dinner is often packed with protein-rich beans, from bean burgers to chili.

What about the gas?

Speaking of beans… Yeah, they have led to some, ahem, unfortunate side effects at home. And occasionally in public too. TMI? Sorry. The vegans of the Internet have promised that our bodies will adjust. I’m wary, so we have a bulk order of GasX on our kitchen counter to help.

Hey, I told you I’d be honest and tell you the real deal.

The answer to this depends on how you approach vegan cooking. I’ve been sticking to simple meals made primarily with produce, beans, and simple, easy-to-find meat substitutes like tofu. Nothing too fancy. So, for me, no, it’s not complicated. In fact, it’s easier because I was always that person who forgot to thaw meat from the freezer. I can’t tell you how often I’d find myself at dinnertime with frozen meat having to either defrost it in the microwave — which yields less than desirable results — or order in. I’m also able to be more flexible with the meals I’ve planned, since I’m not tied to the protein I’ve thawed.

Pro-tip: Vegan for Everybody by America’s Test Kitchen is getting me through the switch painlessly (because I fought it, you guys). It’s awesome and worth getting even if you’re just considering adding one or two more more meatless meals into your diet.

What should I buy to cook more vegan meals?

I’ve loaded my pantry with black beans for Mexican dishes and burgers, garbanzo beans for hummus and Indian curries, and kidney beans for chili. I keep rice, lentils, and quinoa on hand so that I can quickly build veggie and bean bowls from whatever I have on hand. And I always have almond milk (or any other plant-based milk) in the fridge and canned coconut milk in the pantry.

A refrigerator drawer full of peppers (to dip into hummus), apples (to dip into nut butter), and other fresh fruit make for easy snacks or lunches on the go. A bag of frozen fruit makes smoothies easy for breakfast (or you can prep these genius make-ahead smoothie packs to have at the ready). And I buy dates and almonds in bulk so I can make any copycat Larabar recipe for breakfast. I find that if I have these things on hand, I can pretty much make anything for dinner.

If you get deeper into vegan cooking, you may find yourself experimenting with vegan staples including raw cashews (to make creamy sauces, dressings, and dips), nutritional yeast (to give a “cheesy” flavor without cheese — really! — and even though it sounds weird and hard to find, it’s available at Trader Joe’s), miso paste, vegan mayo (which makes a base for so many dressings and sauces; Just Mayo seriously tastes like Hellman’s), and cauliflower — yes, even if you don’t like cauliflower. The cruciferous veggie is a miracle worker that does so much more than you can imagine — from mimicking mashed potatoes to rice to pizza crust to helping make creamy pasta sauce — and takes on a million different flavors.

Is being vegan safer?

One of the first things that I noticed after we quit cooking meat at home was how I no longer had to worry about working with raw meat in my kitchen — no concerns about salmonella or scrubbing my kitchen counters like crazy. I also don’t have to keep checking my meat to make sure it isn’t too pink before serving. Of course, you still need to wash your veggies well before cooking them because you can get E. coli and other diseases from dirty veggies, too, but there are far fewer food safety concerns when working only with produce at home. 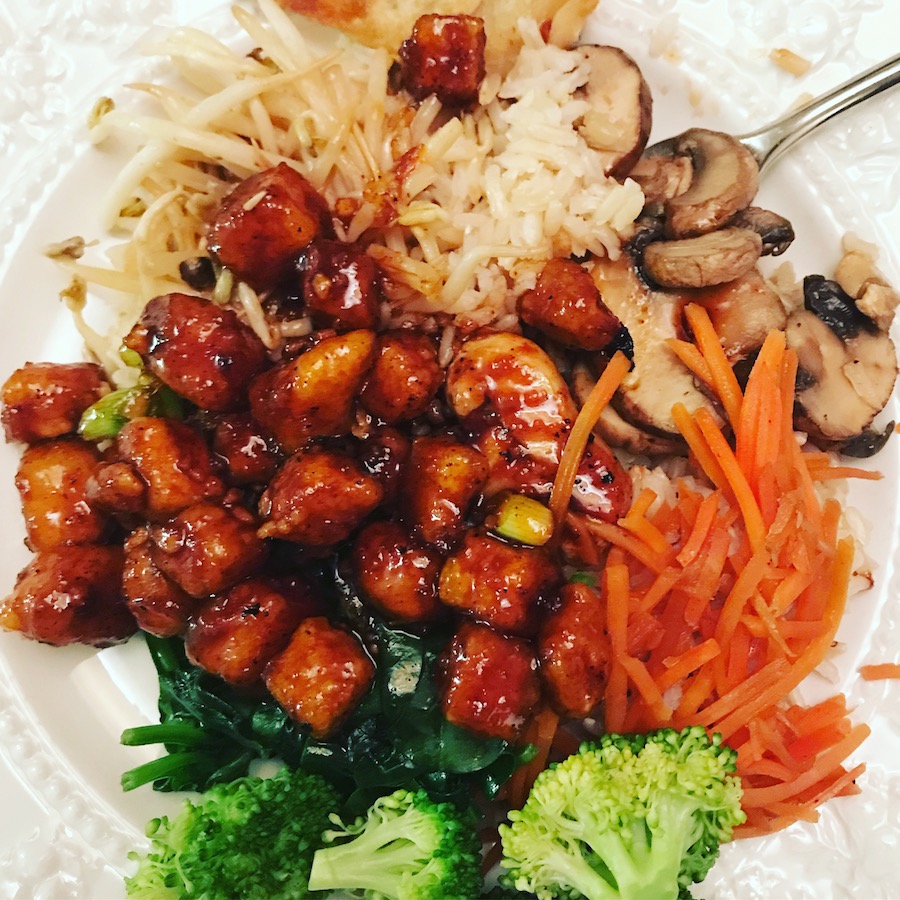 Will every get enough calories on a vegan diet?

My 7-year-old borrowed my Fitbit for a few days and I discovered that he’s taking about 20,000 steps a day. So, since going vegan, my biggest concern has been that my kids aren’t getting enough calories. When you cut out meat and dairy completely, and cut back significantly on sugar and carbs, it’s surprising how much you can actually eat before you hit your calorie target for the day. All I can say is that we try to keep things like bananas, oranges, nuts, popcorn, and other healthy snacks available for the kids so that they can eat their fill. And they do.

I figure if they’re full every day, eating three meals, snacks, and maintaining the energy to do all of their activities and not lose weight that they don’t need to lose, we’re in good shape.

Do you need to take vitamins while eating vegan?

As a rule, my kids’ pediatrician is opposed to kids’ vitamins, but when I told him that we’d switched to a vegan diet, he did have two concerns: our iron and B12 intake. Given that, I plan to add a multi-vitamin that has 100% of the daily values for each of those for our kids, which they’ll love, of course, because yay gummies!

How has eating vegan changed our kids?

My kids watched the documentary What the Health with me and my husband, and some of the issues raised in it, including the conditions in meat-processing plants and the humanitarian and ethical concerns around eating meat, really resonated with them. They decided to switch to mostly-vegan with us on their own. But still, I’ve been surprised at how they’ve embraced so many foods they never would have considered before, like eggplant, mushroom, and sage “meatballs.”

In fact, my crazy picky daughter is begging me to make tofu bibimbap (above) again soon. I’m an adventurous cook, but making the switch to vegan has definitely opened the doors to us trying things we would have never tried before. It’s been a fun experiment to take on as a family.

I’ve got to say: I’m pretty proud of our kids. And of me and my husband too. 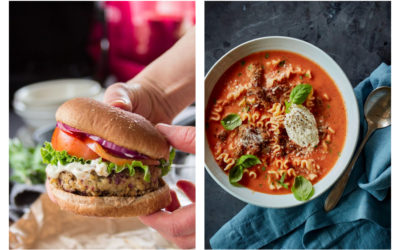