Do you need a permit for your kid’s lemonade stand or pop-up bake sale? Here’s how to find out. Seriously. 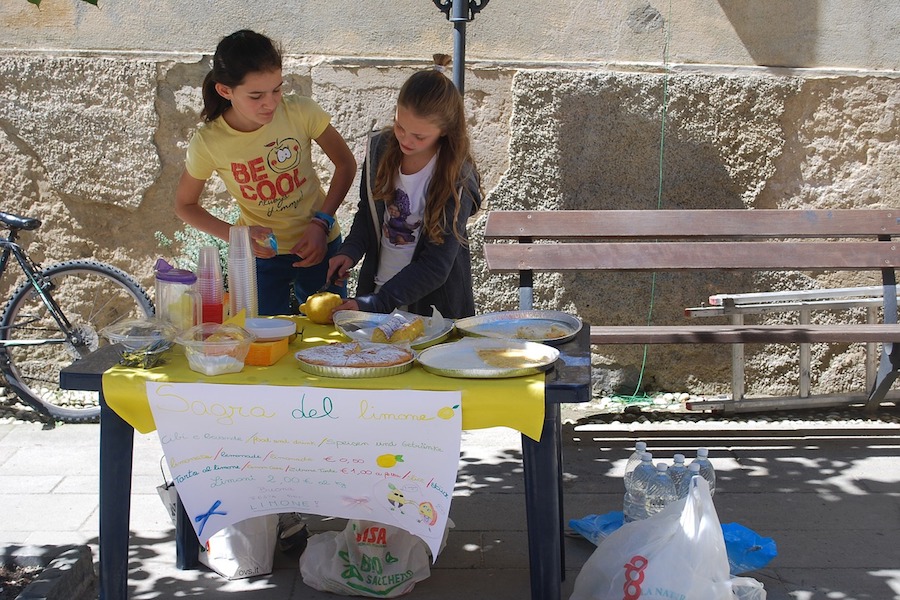 The quick answer is that yes you may need a permit for your kid’s lemonade stand or bake sale. Sigh.

Remember when we could just set up our own lemonade stands with a makeshift table, a tub of Country Time mix and some plastic cups, for a lesson in fundraising and intro to microeconomics? Yeah, well, today we’d like our kids to have the same experience — only without fear of incurring fines for not having a business license.

We’ve all been so frustrated reading the rash of stories across the country about kids being fined for selling lemonade on their local street corners. So, we wanted to give you some tips to help you figure out whether you need a permit for a lemonade stand or bake sale in your own community.

Here’s what we found out.

Every city is different.

There’s no one-size-fits-all answer here, because every city has different laws. Just know that the issue may not be the business license; it could be a health code violation or similar.

In New York City, pop-up lemonade stands are prohibited without a license. In Nashville, where I live, if you’re under 16 and don’t sell more than 3 times per year or make more than $3000, you don’t need a permit for a lemonade stand. In Georgia, police were unsure how and where the kids’ lemonade was made, so they shut three girls’ stand down.

Bake sales can be a little different. In Texas, there is a “cottage food law,” allowing you to sell homemade baked goods without a license — but with a lot of stipulations including proper food labeling, which may be a little sophisticated for a kid to handle.

Even in the Hamptons, Jessica and Jerry Seinfeld’s kids faced a lemonade stand problem after neighbors called and complained to police about too many cars parked on the streets near their homes. (#HamptonsProblems)

Yeah it’s kind of ridiculous, but because their town legally allows “no peddling” at all, the kids were out of luck.

If you want to be sure you’re in the clear, call your city council and ask what your local requirements are for kid-run businesses. It might be a “vendor permit” or a “temporary restaurant license” that’s required.

But because these permits can easily run over $500, you may be better off with a different fundraising idea depending on how strict your community is on following such laws.

What if your lemonade stand or bake sale a fundraiser?

Well, lemonade stand and bake sale fundraisers turn out to be a whole other issue.

Many of the state regulations we’ve seen do specify that your home-run business can’t exceed a certain amount of income. If you’re donating to charity, you’re getting around that.

However, there are, of course, regulations about fundraising too.

When you call city council to get the scoop, mention that you’re using your lemonade stand as a fundraiser to see if there are any other permits you need for that purpose.

Related: 5 easy lemonade stand snack recipes for the kids to make and sell . . . and maybe snack on too

Stick to your own backyard.

Other than difficult neighbors, it seems most problems arise when kids try to sell near public events. If there’s a permitted street fair one block over, you can’t just set up outside the entrance to sell lemonade without a permit. It may be a smart marketing idea — but you’re infringing on other businesses, and taking advantage of someone else’s work to promote the event.

For that, you need to pay up. Sorry!

As long as you stick to your own turf you’re way less likely to encounter any problems, but you do need to consider one thing: traffic. Do you live on a busy street, where people pulling over to buy lemonade will cause a traffic hazard? If so, as cute as your child’s little makeshift card table business might be, it’s dangerous and will be more likely to draw attention from police.

Have you heard about the 13-year-old the City cleared to sell hot dogs? Jaequan Faulkner’s stand at 1510 Penn Ave N is officially permitted. He plans to take his food stand on the road to serve customers at places like the 4th Precinct. Our cops stopped by to support the cause. pic.twitter.com/S6ePP6VRlZ

And of course you’re still not immune to horrible neighbors. In Minneapolis, one &*%$!  neighbor called the cops on a young boy for selling hot dogs in his own yard to raise money for his school uniforms. In a beautifully happy ending, Minneapolis police teamed up with the local health department to get the child the required permit.

Because when it comes down to it, a kid with a fundraising table in his front yard is really less of a problem than nuisance reports from Permit Pattys.

Pro tip: Smooth over the neighbors.

For the most part, kids who get reported and fined have been turned in by annoyed (or sometimes bigoted, grrrr) neighbors. While we’d like to just say, “Come on, people,” and leave it at that, it couldn’t hurt stop by your neighbors’ houses or apartments and let them know in advance that your kids are setting up a lemonade stand or a bake sale.

Try offering neighbors a free glass or a half-off coupon to get on their good sides; being friendly up front often goes a long way and might even bring you some new customers.

But if you’ve had issues with difficult neighbors in the past — you know, the “stay off my lawn!” types, maybe find somewhere else to sell.

Pro tip 2: Give your wares away, but ask for tips.

If your’e seriously concerned about lemonade stand permits, there is a loophole!

Some clever girls in Texas got around their state’s “refrigerated beverage” regulations by giving away their lemonade for free…but accepting tips. Sure, the occasional customer might walk away without tipping, but you might end up with more in that cash jar than you expected from charging.

Since you’re not selling your goods, you don’t need a license. Simple. (But still, can’t hurt to check with your city. just to be sure.)

When to file for a permit

If my kids just wanted an hour or two of afternoon fun, I honestly wouldn’t worry about all these legalities. And yeah, that’s not legal advice, but it’s how I’d probably approach things.

Worst case scenario: The kids are told they’ve got to pack it all up.

(Ed: Of course there is one worse case scenario, in which a racist neighbor calls the police on a child of color doing the same, terrifying your kids.)

Of course if this food or lemonade stand is something they my kids were thinking about doing regularly to make some actual income, I’d definitely look into a license for them, since our local law specifically mentions the three-time limit on lemonade stands.

Case in point: there’s an entrepreneurial teenage girl in my neighborhood who sells homemade baked goods at our neighborhood pool every day. She’s there regularly, and she’s making some good money, so it would be reasonable for her to apply for a proper permit — and insurance, in case anyone were to get sick off of the food she sells. But that’s a whooooole other issue!

Photo at top by Mary Bettini Blank at Pixabay; 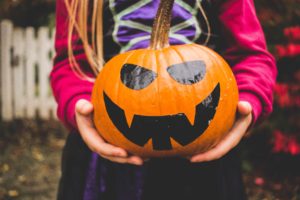 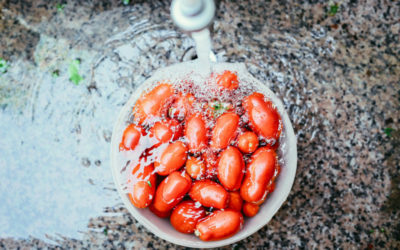